Georgia is the most ethnically diverse state in the South Caucasus, with Azeri ethnic minorities constituting 6.3% of its population. They are present especially in the border province of Kvemo-Kartli, the region where unemployment and poverty that has spread over, pushing many ethnic Azeris to leave their place of origin. 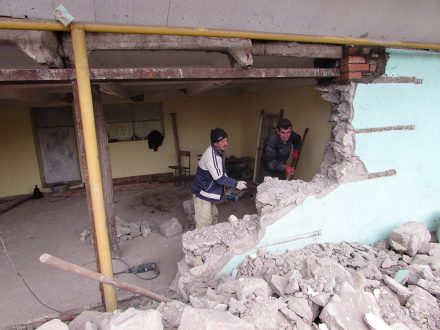 This is how 62 year old Musa Musayev depicts the real situation in his native Sadakhlo village of Marneuli district: “We have been suffering from increasing problems of hardship, unemployment and discrimination. Most of us, who are uneducated and unable to speak Georgian, cannot find jobs. The ethnic Azerbaijanis, most of who work as black collar workers, receive only 15 lari per day. We face discrimination in employment and are subject to labor exploitation.

Even there are many Azerbaijani companies operating in Georgia, all of which mostly employ ethnic Georgians for white color jobs. The government of Georgia is not interested in creating employment opportunities in the areas where ethnic Azerbaijanis live. The working places are established in places where majority Georgians live. There was a bazaar in Sadakhlo village where the local inhabitants of the village could sell their products to earn their basic living. The bazaar has been closed and thereby ethnic Azerbaijanis have to find work either in remote areas or to flee from their place of orgin. In account of the persistent problems of hunger, unemployment, the village has been abandoned. My only son has left Georgia for Turkey to work, my 2 brothers has abandoned Georgia with their family memebrs to work in Azerbaijan.” 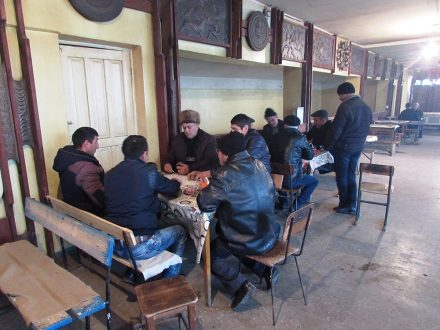 A tea-house, where a mass of the unemployed ethnic Azeris idle away time.

Migration is the main reason for the decrease of the number of the ethnic Azeri population in Georgia. In general, the migration is driven by push and pull factors, in reference to “Country Report: Georgia” developed under the EU project on “Costs and Benefits of Labour Mobility between the EU and the Eastern Partner Partnership Countries” for the European Commission.

Push factors are the negative factors that force people to emigrate from their home countries. Sometimes these factors leave people with no choice but to forcefully leave their country of origin. Therefore push factors are usually involuntary or forced migrations. A few example of push factors are: lack of jobs, few opportunities, “primitive” conditions, political fear/persecution, poor medical care, loss of wealth, natural disasters, etc. 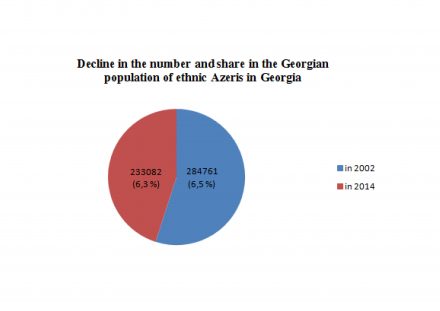 Georgian is an only official language of Georgia and knowledge of Georgian is essential in order to access everything, from higher education to state services. Historically, ethnic Azeris did not need to learn Georgian. The Azerbaijani language is mainly spoken when accessing all types of services in Azerbaijani minority populated areas. Thereby ethnic Azeris speak a little Georgian to sell their agricultural produce, which is the main source of income for their families. The lack of ability to speak Georgian language has contributed ethnic Azeris being isolated and prevented their integration and effective participation in Georgian society.  68 year old native of Sadakhlo village of Marneuli district Sedbar Ibadova says that her only son had to flee from Georgia to Azerbaijan, facing language difficulties. According to her, “Azerbaijanis living in Georgia think that they do not hope the government of Georgia will create conditions to support ethnic Azerbijanis of Georgia even if they should be able to speak fluent Georgian. Thereby most families encourage their children to learn either Russian or Azerbaijani”.

In the case of youths, the situation is even more dramatic: due to the inability to get proper Georgian language courses, youth are excluded from the process of civic integration. Azerbaijani pupils often graduate without mastering the Georgian language, which deals a blow to any hopes of entering university for most graduates from Azerbaijani minority schools. Very few number of Azeris who graduate from high schools in Georgia go on to study at Georgian universities; many leave for other countries to continue their studies. One Azeri activist in Georgia says, ‘Students can only study in the Azeri language, which is impossible here. They therefore leave for Azerbaijan, where they saw more prospective for development. Consequently, there is a significant number of Azeri students choosing to study in their respective kin states, many of whom will not return to Georgia to seek employment upon their graduation”. 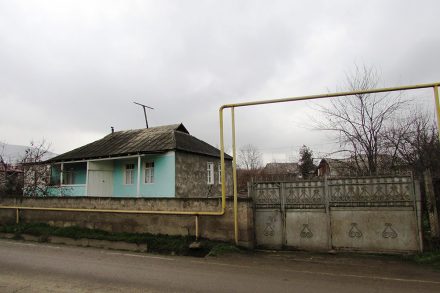 The linguistic isolation of Azeris is also linked to the lack of atmosphere to practice Georgian in areas where ethnic Azerbaijanis are compactly populated. Georgian language teacher of Azizkand village school of Marneuli district Zabil Gojayev substantiates that the main reason why ethnic Azeri pupils are not interested in learning Georgian is the Azerbaijani speaking environment they live, where they never use Georgian language. This factor, whether directly or indirectly, has served to speed up the rate of out-migration. Zabil Gojayev added that the government of Georgia has applied stimulatory measures to encourage ethnic Azerbaijanis to learn Georgian, continue higher education in Georgia, thereby to prevent the flow of prospective human capitals from Georgia: “Only mathematics exam is applicable for ethnic Azerbaijanis to get admitted to universities, after which they can benefit from 1+4 quota. Another stimulatory measure taken by the Georgian government is the guarantee of free higher education of ethnic Azerbajani students in case they do have any failure at university exams.”

The unemployment rate is exceptionally high in areas predominantly populated by Azerbaijani minority communities, where most inhabitants work in agriculture and petty trade.

Equal access to employment is hindered by language-related issues. Because so many Azeris have only a rudimentary knowledge of Georgian, their employment opportunities within Georgia are limited. 18 year old student of Sadakhlo village school Isa Gurbanov says that his three uncles fled from their native Sadakhlo village facing financial difficulties, lack of employment opportunities. Seeing the inevitability of increasing unemployment problem, he is also planning to leave Georgia once he finishes his high school.

Many members of ethnic minorities face discrimination in employment based on education and language because they lack proficiency in Georgian, a requirement for public-sector jobs. Law provides that citizens have the right to be public servants, provided they have “adequate command of the official language.” This law has served to exclude ethnic minorities from participating in government. The native of Sadakhlo village Musa Musayev pointed out that he had previously worked in government agencies, but had to resign due to the lack of knowledge of Georgian language. According to him, “you might have promising career in Georgia only if you speak Georgian.” Another member of ethnic Azeri community mentions, “there is an understanding among the ethnics existing in Georgia that all in Georgia should serve to Gergians and Georgia’s Azeri minority are treated as ‘second-class citizens’ by the Georgian government.”

Highlighting the discrimination of ethnic Azeris in employment, Alibala Askerov, who heads the NGO Geyrat notes that it is the case in Georgia that the ethnic Azeris who can speak Georgian fluently face discrimination in holding senior posts. “Virtually all key posts in the local police, law courts, and prosecutor’s office are held by Georgians; only a handful of local teachers and doctors are Azeris”.

Existence of insufficient contacts between minority and majority populated regions of Georgia, i.e., the problem of isolation is another factor that has paved the way for the exclusion of Azerbaijani ethnic minorities from the Georgian society. Some ethnic Azeri people assert that they even haven’t been to Tbilisi, but they very frequently travel to Baku and other regions of Azerbaijan. The gap between the minorities and majority and the gap between the regions is very big problem threatening the integration of the state regions and parts.

Whenever and wherever ethnic Azeris leave, this is only due to the reason that they have no alternative. “We would not leave, if we were provided with good opportunities to live in Georgia. We are so obsessed to our native village that wherever we are, our hearts are beating with our place of origin”, concludes Musa Musayev.