Eleven detained in Georgia for attempting to jump Turkish border

Eleven detained in Georgia for attempting to jump Turkish border 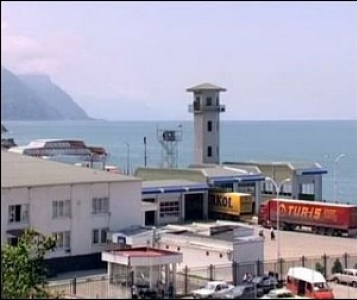 The Interior Ministry said in a statement that the group was attempting to cross the border in an area near Akhaltsikhe, at the second Vale section, when they were noticed.  They wanted to avoid border control.

The Border Police is investigating the eleven for a group attempt to illegally cross the border.

The day after the terrorist attacks in France, Georgia announced that there will be stricter border checks all over the country. Since then, more than 470 foreign citizens have been prevented from entering. According to law enforcers, there are people using Georgia as a transit country to go to Turkey and on to Syria in order to join terrorist organizations.