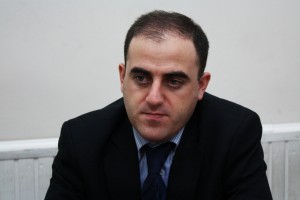 An election year budget is seen by economists is significantly different from a non-election year budget. In this regard, the budget expenditure is very interesting, which represents the government expenditure policy in the forms of various activities. In the budget expenditure part we see expenses, which can be directly or non-directly considered as to increase the level of voter satisfaction; which can bring additional election votes to the governments.

To determine and analyze all above-mentioned is possible only if budget expenses are represented transparent and in details. It means writing out expenses due to the financing activities and directions. Georgian budget 2012 is significantly weak in this regard. To compare with the 2011 budget – expense details are only formal part of the new budget. If there were 3000 different detailed records in 2011 budget, it is decreased to 1500 records in 2012 budget project. The project prepared in program form gives information only on the general activities and doesn’t represents financing range due to the specific activities. Some projects that have been separately represented in 2011 budget are merged and their budget is represented with one number for the 2012 year.

The government perfectly knowing budgetary issues and election technologies skillfully tries to hide in the budget the expenses, which had been considered as using Administrative Resources if openly represented. The 2012 budget represented by the government to Georgian parliament doesn’t consist the information about the previous expenses; so that it wouldn’t be easily comparable non-electoral 2011 and electoral 2012 expenses.

Despite the difficulty, mechanically compared 2011 budget and 2012 budget project easily shows the ‘tricks’, which will be the main instrument for the government to get the voters courted.

As an example we can bring the financing regional infrastructure, the huge part of which is financed by the credits attracted from abroad. Including regional and municipal infrastructure financing, which is six times increased comparing to 2011 year and the 4/5 of it are financed with the credits. Infrastructural projects are good ‘trump’ to the government, because visible active is created and opening of the different objects are carried out by the government (which are very often attended by the ruling party electoral candidates and are broadcasted by mass media).

The expenses range is increasing for 2012 for the different kinds of social defenses, pension cost expenses, different projects on health care; the expenses range for the agricultural projects’ financing is rising, which to sum up is more than 25 million GEL. It includes agricultural project intensification, which considers nursery and warehousing development. The viticulture and winemaking expense range is also rising.

Increasing Central Election Commission financing is an objective circumstance. 13.2 million GEL in 2011 is increasing to 36.3 million GELS. Significantly are increasing the expenses foreseen for the election activities. It should be spent for electoral lists’ monitoring, the financial and technical support of the elections, advertising campaign management and media-monitoring. These are the activities, which are necessary to organize the elections.

And finally, when the government is financing long-term effect activities and fulfilling the orders of the civil society. In this case the electoral and non-electoral year expenses should be different only with electoral administration expenses.