Election update after 98% of votes have been counted

Election update after 98% of votes have been counted 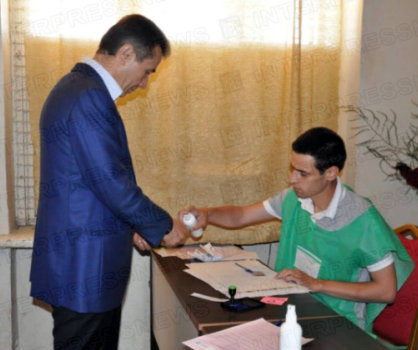 TBILISI, DFWatch–The government coalition had a strong showing in the local election, though not as strong as in the previous two national elections.

In the capital Tbilisi, the coalition’s candidate for mayor, Davit Narmania, received 46.12 percent, a decisive victory over the UNM’s Nika Melia with 27.9 percent, but not enough to win in the first round.

The United Opposition’s Dimitry Lortkipanidze received 12.83 percent of votes, after 98.77 of the votes are counted, numbers published by the Central Election Commission (CEC).

Also in other of the 11 cities and towns where there are elections for mayors or gamgebelis this year, there will be a second round, notably Telavi, Rustavi and Batumi, cities where Georgian Dream will have to compete against the National Movement.

Georgian Dream will win in Akhaltsikhe with 60.44 percent of votes, Ambrolauri with 82.79 percent and in Zugdidi with 58.33 percent.

In Georgia’s second largest city Kutaisi, preliminary figures show that Georgian Dream received 51 percent of votes, but this may change when all votes have been counted. The UNM candidate has 26.18 percent of votes at this stage.