Editor violently attacked by half dozen men in Tbilisi

Editor violently attacked by half dozen men in Tbilisi 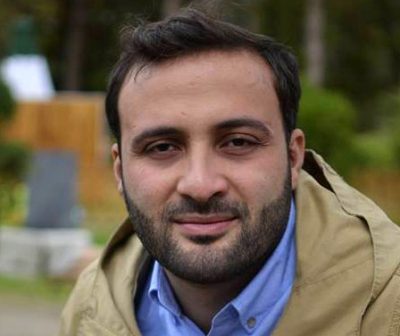 TBILISI, DFWatch–An editor of a popular Georgian magazine was assaulted and beaten by half a dozen men Saturday evening.

The attack on Zurab Vardiashvili, editor of Liberali magazine, took place in the southern Varketili district of Tbilisi. Two SUVs stopped and half a dozen men jumped out, surrounded Vardiashvili and proceeded to beat him on his head and face.

The assault only stopped when passers-by started arriving at the scene.

Although the attackers were soon identified, nobody has been detained so far.

Vardiashvili, who sustained multiple injuries in the attack, suspects the police of deliberately dragging out the investigation in order to cover for the perpetrators.

Recounting the attack, he said the assailants lured him out by calling his mobile phone pretending to want to buy his car. The assault occurred when the editor was waiting for the ‘buyers’ on street in Varketili district of uptown Tbilisi.

The motive for the attack is still unclear to the victim, but he suspects that it might be related to his work. Liberali is a left-leaning magazine that often runs stories criticizing businesses for ignoring labor rights and work safety rules.

“There are several groups I suspect that might be implicated [in the assault] but I can’t name them without sound evidence,” Zurab Vardiashvili told Maestro TV on Monday.

“I have a feeling that [police] are trying to protect someone,” he said.

The police, however, view the attack as a regular brawl, something that Vardiashvili flatly denies, insisting that he had never met the attackers prior to the incident. On the other hand, the offenders knew his name, appearance and mobile phone number, which is extremely suspicious, he says.

The police states that an investigation is underway.