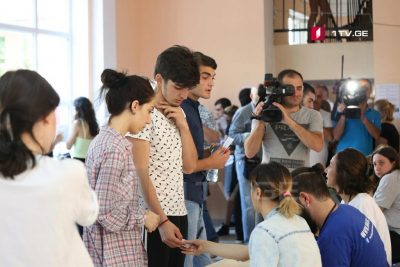 Altogether 256 young people from Gali have registered for the Unified National Exams, which is a mandatory step to enroll at Georgian higher educational institutions.

“By the end of September this number may increase by several students, as there are those who have registered online. In addition, some of the Gali schools’ graduates have opted for Sokhumi university,” said Nona Shonia, head of Gali Educational Resource Center.

Since 2005, 4,237 students have graduated from the Gali schools, out of which 2,458 entrants were registered for the UNE, and 1,137 enrolled at the Georgian universities.

Gali is the southernmost district of breakaway Abkhazia with predominantly ethnic Georgian population.