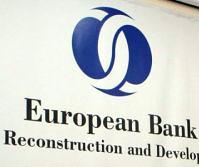 TBILISI, DFWatch–A new report published by the European Bank for Reconstruction and Development (EBRD) predicts only 2.5 percent economic growth in Georgia in 2015.

In January, the bank predicted 4.2 percent growth this year.

The low growth prediction for Georgia is typical for the problems many eastern European countries are struggling with, as they feel the effects of the crisis in the Russian economy. EBRD predicts that Russia’s economy will shrink by 4.5 percent this year, and explains the Russian downturn as an effect of sanctions and low oil prices.

Minister of Economy Giorgi Kvirikashvili told journalists on Thursday that at the end of the second quarter, budget adjustments will be implemented considering the precise economic growth prognosis.

“At the end of the second quarter, the government will announced its expectations. This is of course a short-term effect which we are having in the country right now,” he said.

“However, every single investor agrees that Georgia will be one of the most interesting countries in the region in a medium and long-term perspective. Not only in the region, on the Eurasian continent, considering that we are connected east and west.”

Kvirikashvili didn’t specify which parts of the budget will be adjusted or when the draft will be ready.