Disenfranchisement of a Georgian Tycoon: Was It Lawful?

Disenfranchisement of a Georgian Tycoon: Was It Lawful? 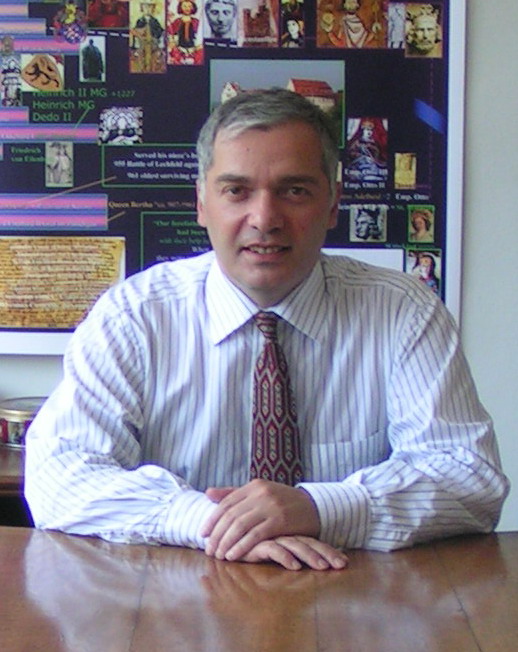 In just a couple of days after Bidzina Ivanishvili, a Georgian billionaire known internationally as Boris Ivanishvili, had announced his plans to establish his own political party, to run for the parliamentary and presidential elections due in 2012 and 2013, to win decisively both elections, and to set up a new one-party government, the Georgian authorities claimed that Mr. Ivanishvili forfeited his Georgian citizenship. If the government’s claim gets through what it will mean for the richest man in this country and number 185 in the world according to the Forbes rankings is that he will not be eligible either for running for elections or for setting up a political party.  But how could it happen that the owner of a huge property worth of US $5.5 billion lost franchise overnight?  Was the government’s decision lawful or arbitrary one? We will try to answer these questions by analyzing relevant provisions of the Georgian Constitution and the law on citizenship, as well as the requirements of the European Convention on Human Rights to which Georgia is a party.

What we will start with is to quote completely the government’s announcement that was publicized in the Civil Registry Agency’s website on 11 October 2011. It reads as follows:

The following conclusions may be drawn from the above quotation:

The above provision contains two rules of which one is a basic rule and the other one is an exception from it. The former provides that as a matter of principle, dual citizenship is prohibited in this country; the exception, however, says that if the president considers it worthwhile to grant the Georgian citizenship to a citizen of a foreign country, the prohibition of dual citizenship does not apply. Thus, while granting the Georgian citizenship to Mr. Ivanishvili, the State of Georgia, acting through its president, decided not to apply the prohibition of dual citizenship and granted Mr. Ivanishvili the right to be a citizen of both the Russian Federation and Georgia.

2) Sometime later, Mr. Ivanishvili became a citizen of one more state, the French Republic, which fact is now claimed by the government to be a legitimate reason why Mr. Ivanishvili has forfeited his Georgian citizenship.  We doubt that this kind of reasoning is in harmony not only with the letter but also with the spirit of the above quoted Article 12(2) of the Constitution and the organic law on citizenship.

3) As must be clear to all no discussions about the forfeiture of citizenship by a Georgian billionaire would have taken place had Mr. Ivanishvili not announced his intention to run for elections. One might, therefore, presume that by depriving Mr. Ivanishvili of the Georgian citizenship, the government pursued an aim to disenfranchise him or take away his right to vote and stand for elections.  If this is true, another question one may ask is whether the disenfranchisement was compatible with the requirements of Article 3 of Protocol No. 1 of the European Convention on Human Rights.

The said Article provides: “The High Contracting Parties undertake to hold free elections at reasonable intervals by secret ballot, under conditions which will ensure the free expression of the opinion of the people in the choice of the legislature.”

The European Court of Human Rights (ECtHR) has clarified that Article 3 of Protocol No. 1 guarantees individual rights, including the right to vote and to stand for election (Hirst v. The United Kingdom (No. 2), Application no. 74025/01, Judgment of 6 October 2005, §57). The rights bestowed by Article 3 of Protocol No. 1 are not absolute. There is room for implied limitations and the States parties to the Convention enjoy a wide margin of appreciation in this sphere (Ibid., §§60-61).  It is, however, for the ECtHR to determine in the last resort whether the requirements of Article 3 of Protocol No. 1 have been complied with; it has to satisfy itself that the conditions do not curtail the rights in question to such an extent as to impair their very essence and deprive them of their effectiveness; that they are imposed in pursuit of a legitimate aim; and that the means employed are not disproportionate (Ibid., §62).

Furthermore, as the ECtHR has noted in its another precedent judgment, “the object and purpose of the Convention, which is an instrument for the protection of human rights, requires its provisions to be interpreted and applied in such a way as to make their stipulations not theoretical or illusory but practical and effective (see, among many other authorities”. “The right to stand as a candidate in an election, which is guaranteed by Article 3 of Protocol No. 1 and is inherent in the concept of a truly democratic regime, would only be illusory if one could be arbitrarily deprived of it at any moment. Consequently, while it is true that States have a wide margin of appreciation when establishing eligibility conditions in the abstract, the principle that rights must be effective requires that the eligibility procedure contain sufficient safeguards to prevent arbitrary decisions” (Namat Aliyev v. Azerbaijan, Application no. 18705/06, Judgment of 8 April 2010, §72).

4) So far we were discussing the substantive aspect of the problem. But even if one admits for a moment that the substantive arguments set forth in the previous three paragraphs are erroneous, there is one more – this time not substantive, but procedural – problem due to which the government’s claim of forfeiture also seems troublesome.

The above rules make it perfectly clear that only the president of Georgia may decide that a person has forfeited his/her Georgian citizenship for whatever reason.  The CRA only may “consider” the question and “present the materials” to the president for his approval or disapproval.

What we may understand from the CRA’s above-quoted statement is that the CRA decided on its own that “Bidzina Ivanishvili forfeited the Georgian citizenship”.  There is no reference to a presidential decree as one should expect in view of the above procedural rules set forth in the Organic Law on Georgian Citizenship.  There should be only two alternative scenarios: (a) either there is no presidential decree and the CRA took the decision on its own which means that it arbitrarily assumed a responsibility which lawfully belonged to the president not to the agency; or (b) actually there is a presidential decree which for some reason was not shown to the public and most importantly to the affected person, Mr. Ivanishvili himself.  If this is true, it would be interesting how the president would justify his decision in view of the arguments to the contrary set forth in the preceding paragraphs.

Whatever the reasons why the government believes that Mr. Ivanishvili has forfeited his citizenship and franchise, from the standpoint of law he has not as long as a relevant presidential decree does not exist.  If, however, the decree already exists or, alternatively, appears in the near future, Mr. Ivanishvili may enjoy a right to appeal it in the court.  And the court will definitely have to review and give plausible answers to all legitimate questions that we have raised in this essay.