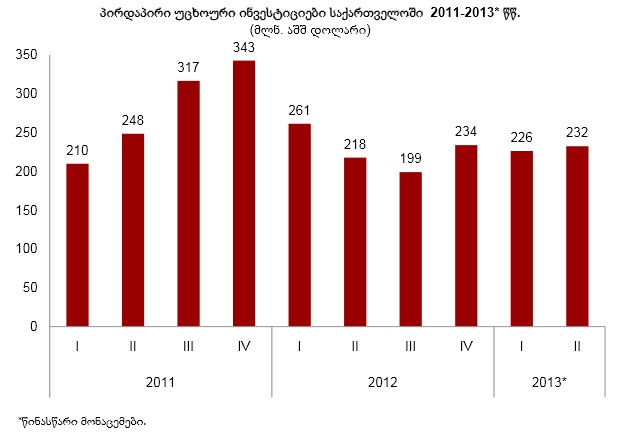 TBILISI, DFWatch–Direct foreign investments in the second quarter 2013 was USD 232 million, according to preliminary information.

The extent of foreign investments grew in the beginning of 2011 to USD 210 million in the first quarter and USD 343 million at the end of year. However, the number fell in 2012, and in the third quarter reached USD 199 million.

In the second quarter of 2013, top partner countries when it comes to foreign investments were Luxemburg, China, Netherlands, Turkey, Azerbaijan, the United States, Kazakhstan, Switzerland and the British Virgin Islands.

The top investment sectors were energy, manufacturing and transport and communications.