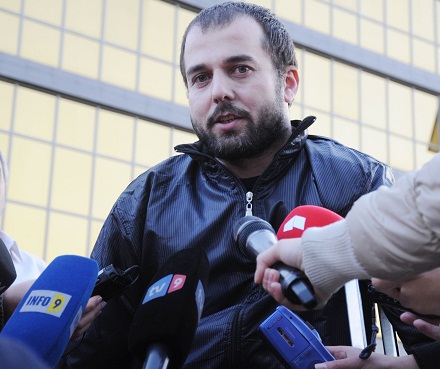 Ahmed Chataev, who denies guilt, was released on bail Thursday. He lost a leg in the border shooting near Dagestan in August, 2012. According to Chataev this was the first attempt by boeviks to enter Chechnya from Georgia after the end of the second Chechen war. (IPN.)

TBILISI, DFWatch — Tbilisi City Court on Thursday released a man detained after a firefight on the border with Russia in late August, 2012.

Akhmed Chatayev was released on USD 3 000 bail, which he will have to pay within 30 days.

August 28, Georgia started a police operation on the border with Dagestan, explaining it as a response to the kidnapping of five Georgian citizens from Lapankuri.

There were three witnesses who gave testimony against Akhmed Chatayev, who doesn’t have one arm, was injured during operation in Lapankhuri and lost his leg as well.

September 8 Akhmed Chatayev surrendered, but he doesn’t consider himself guilty.

After the court hearing, he told journalists that he is feeling well.

“The case review continues. I know I am not guilty as I didn’t own grenades,” he said. “It is related to the three witnesses who stated that I had grenades.”

Remembering the events in Lapankhuri last summer, he said that three Georgian soldiers asked his Georgian friend to negotiate with the armed group in the valley where the confrontation took place. He spoke with members of this group, but when he was getting back to the Georgian soldiers to receive an answer, he was injured. He said he doesn’t know who shot him.

Akhmed Chatayev assumes that the armed group was planning to go to Chechnya. He says this is the first time after the second Chechen war that boeviks, or militants, have attempted to enter Chechnya through Georgia.

Now he plans to attend to his health issues and might have an operation if necessary. He is prohibited from leaving Georgia.

Two years ago, Akhmed Chatayev was detained in Ukraine. Russia demanded his extradition from both Georgia and Ukraine. He was accused of terrorism and fighting against Russian armed forces. Georgia doesn’t plan to extradite him to Russia.

According to the justice ministry, Chatayev was granted refugee status in Austria.

A week ago, a rally was held in Pankisi valley protesting the detention of Akhmed Chatayev. Protesters think he was illegally detained and his health is in a very difficult condition, that’s why they demanded his release.

The next court hearing is scheduled for December 19.