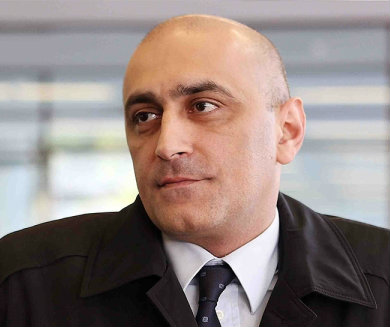 TBILISI, DFWatch–A deputy defense minister in Georgia protested against ‘a number of violations’ on Monday after spending about ten hours in questioning about a corruption case involving defense officials.

Alexi Batiashvili has status as witness in the case in which five officials are currently in pre-trial detention, charged with embezzlement of state money and rigging a tender process in favor of a telecom company.

According to prosecutor Jarji Tsiklauri, Batiashvili signed the agreement between the ministry and the company which won the tender, Silknet.

The prosecutor also said Batiashvili is a relative of the financial director of Silknet, and that this might raise questions.

When asked at the entrance to the Prosecutor Office, Batiashvili confirmed that Silknet’s financial director is a relative of his, but insisted that they had no contact during the competition for building high speed Internet lines.

He and his lawyers refused to sign the protocol from the questioning, claiming that it didn’t refer his actual answers.

They explained to journalists that they were subject to a number of violations and that the Prosecutor’s Office attempted ‘to get desired answers.’

“There were astonishing violations during questioning. I couldn’t even think that such things were happening at the Prosecutor’s Office,” lawyer Levan Samushia said.

He also said that when his client answered questions, the investigator didn’t like them and was trying to get the desired answers, which they protested against. At first, their protests were written down in the protocol, but in the end ‘a miracle happened’, as in the final version of the protocol there was no mention of protests and the answers were not like they were said during the questioning, according to the lawyer.

After seeing the protocol they protested, and the investigator brought another protocol which reflected the protest.

But the questioning process was still not fully reflected, the lawyer argues.

He said there was not used any pressure.

“They wouldn’t dare, but there was covert.. let’s say an attempt by the investigator to get the desired answers.”

The Prosecutor’s Office responded on Tuesday that Batiashvili’s statements are just ‘speculations’ and that the deputy minister was unwilling to answer questions from investigators. The office now offers to do a new questioning from scratch and do an audio and video recording, in order to avoid speculations.