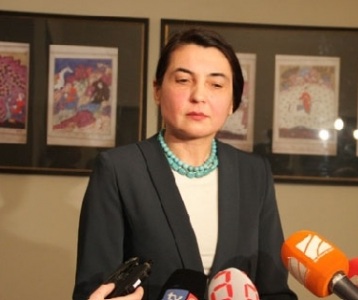 Gharibashvili yesterday signed the dismissal document, which says the reason is disciplinary offenses.

The culture minister claims his first deputy made arbitrary decisions and didn’t work in a team at the ministry, and also didn’t agree with his decisions.

Mizandari on Tuesday held a press conference and said she thinks the most important reason she was fired was disagreement over whether to let a mining company dig for gold in the ancient Sakdrisi mine.

She said the ministry was unable to stand by its own position regarding Sakdrisi and didn’t let the government ministers understand how important an issue the ancient mine is.

“I think the Sakdrisi topic was the reason for dismissal because there was a disagreement on principle,” she continued.

Mizandari plans to appeal her dismissal in court, as she thinks the dismissal document is too vague. In the future, she plans to continue work in the culture field.