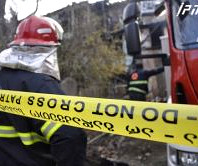 TBILISI, DFWatch–A culture house in the Pankisi Gorge in the northern part of Kakheti may close after a fire that staff say was deliberately started.

The fire on Tuesday didn’t cause much damage, but a spokesperson for the organization which runs the center said staff believe the fire was set intentionally after traces of gasoline was found several places on the second floor.

Iza Bekauri, spokesperson for Kakheti Regional Development Fund, said she thinks the fire was a warning because of the NGO’s activities, specifically cultural activities involving singing and dancing.

Now, the NGO may suspend their work and leave the area.

‘It would be very difficult and unfortunate, but the security of our staff is our top priority. We are discussing this issue with our donors and partners and will make a decision soon,’ she said.

Bekauri said some locals, mostly young men, have publicly expressed their displeasure regarding some of the cultural events that had been held in Duisi with the support of the Kakheti Regional Development Fund. Islam prohibits dancing and singing, she pointed out.

“There have been threats that we should get out of the Gorge. They said our work here in this place is unacceptable and we should leave. I am sure this incident was a warning sign to our organization,” Bekauri said.

Officially, the cause of the fire is not yet known. Local police announced that an investigation is underway.

The fire damaged doors and a portion of the floor at Duisi Culture Center, where the Fund has its office. Duisi is the largest village in, and administrative center of Pankisi.