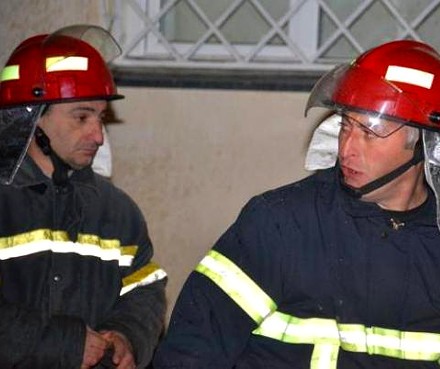 TBILISI, DFWatch–A fire that broke out at a culture house in the Pankisi Gorge was intentionally started, a spokesperson for the center told a local radio station.

The building is located in Duisi, the largest village of Pankisi, a mountainous area of Georgia inhabited predominantly by Sunni Muslims belonging to a subgroup of Chechens called Kists.

It was local radio station WAY which first reported the fire on Tuesday. The building on fire houses a center run by the Kakheti Regional Development Fund. There were no casualties, and the fire has been extinguished.

The fund’s director Iza Bekauri said she believes someone deliberately started the fire and that it’s connected to the activities of the organization in the region. Traces of gasoline were found in several places on the second floor.

She said locals have publicly expressed their displeasure regarding some of the cultural events that have been held at the center with the support of the Kakheti Regional Development Fund. Islam prohibits dancing and singing, she pointed out.

“There have been threats that we should get out of the Gorge. They said our work here in this place is unacceptable and we should leave. I am sure this incident was a warning sign to our organization,” Bekauri said.

Officially, the cause of the fire is not yet known. Local police announced that an investigation is underway.