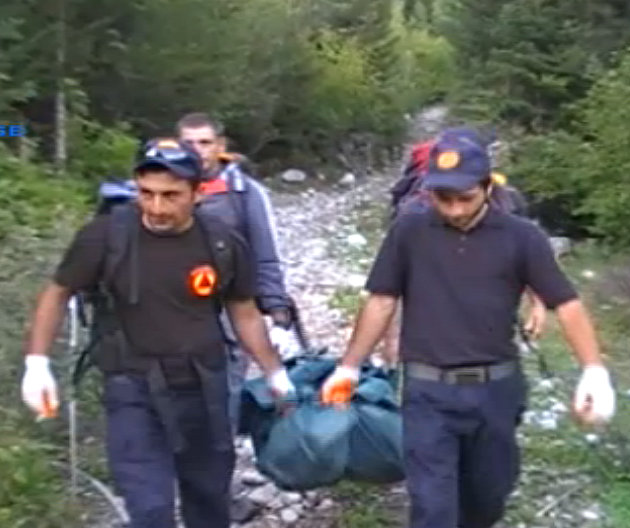 Croatian climber Nenad Culic, who died in 1974, has been found. (police.ge.)

TBILISI, DFWatch–Rescue crew for the Georgian Interior Ministry’s emergency service have discovered a corpse of a Croatian climber who was lost in Caucasian mountains in 1974.

A group of Croatian rock climbers went on an expedition to Ushba in the Svaneti region at the foot of the Caucasus mountain range. Four of the climbers died in an avalanche at about 3 000 meters height in 1974.

Two of the deceased were found the same year. In 2012 a group of Croatian expedition discovered the body of the third climber.

“In August 2013, the Interior Ministry’s Emergency Department received a report about possible location of the fourth member, and rescue workers started a search,” the Georgian Interior Ministry stated.

Rescue workers and police determined the identity of the body as the well-known Croatian climber Nenad Culic.

The family of the deceased has been informed. The corpse is now in Mestia, the center of the Svaneti region of Georgia.

According to Croatian media, the other members of group were Anthony Bedalov and Urso Vrdoljak, found same year and later Viktor Tabaković. Culic was 25 when he died. He was instructor and the head of the team of climbers.