Crisis session in parliament this week

Crisis session in parliament this week 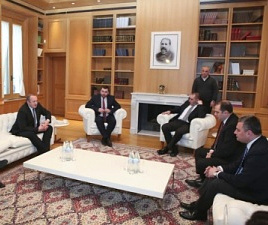 TBILISI, DFWatch–The Georgian president on Monday decided to call a special session of parliament to let the government face its critics after the national currency dropped thirty percent.

“We are happy that president agreed to call special parliamentary session,” Chikovani said after the meeting.

The special session will take place this week, he said.

The president’s parliamentary secretary Giorgi Kverenchkhiladze said it’s important that the public learns about the stabilization plan in response to the monetary crisis.