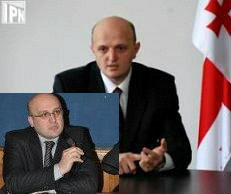 During Kublashvili’s ten year tenure, the court system in Georgia became strongly politicized, and judges were forced to rule in accordance with the will of the government.

This happened despite an extensive effort by Georgia’s western partners to provide assistance in justice reforms and build what’s called rule of law.

In addition, Kublashvili is brother of Pavle Kublashvili, who for many years was head of parliament’s judiciary committee – a combination which in many countries would be considered a clear conflict of interest.

President Giorgi Margvelashvili is now holding consultations about finding a replacement, and in that work must try to avoid a repetition of what happened during the National Movement, although the consultations also involve that party, which now claims to be a defender of impartial courts and warns against the selection of a government insider.

The consultations also include NGOs and the government coalition. No names have been named yet.