Construction worker falls to his death in Tbilisi

Construction worker falls to his death in Tbilisi 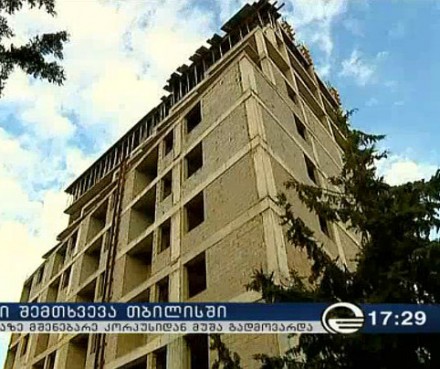 TBILISI, DFWatch–A worker fell from a building at a construction site in Tbilisi on Wednesday.

He was brought to the Republican Hospital with multiple head injuries and placed in intensive care, but died later the same day.

The Ministry of Internal Affairs opened an investigation pursuant to article 240 of the Criminal Code about violating security regulations on a construction site.

The construction site is located on Jikia Street, also known as Politkovskaya Street, in the Saburtalo district of Tbilisi.

Responding to a fatal mining accident earlier this month, Georgia’s ombudsman Ucha Nanuashvili called for the reintroduction of the labor inspectorate, which was disbanded by President Saakashvili in 2006.