Communications commission is violating the law

Communications commission is violating the law 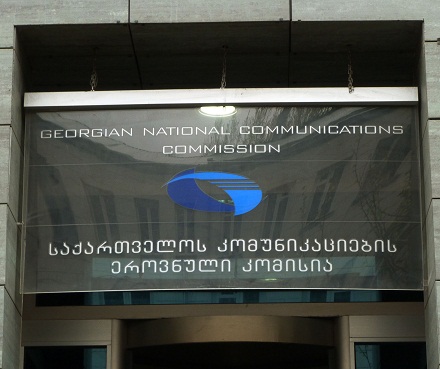 The communications commission has responsibility for overseeing the introduction of must-carry and must-offer in Georgian cable networks. (Photo: Mari Nikuradze.)

TBILISI, DFWatch – Georgia’s National Communications Commission (GNCC) is violating a recently amended law obliging it to inform the public as well as cable companies and TV channels directly, within one week of the must-carry and must-offer principles coming into force.

The must-carry and must-offer principles are written into a separate paragraph of the Election Code. The government agreed to introduce this system after months of campaigning as well as recommendations from international organizations and friendly countries. But the final text did not enforce the principles fully, only for a 60 day period before the election.

The principles oblige cable network operator companies to include all broadcasters in their packages, while TV channels are forbidden from switching off their signal from these networks.

The amended law was published on July 16 and came to force immediately. It says that the GNCC is obliged to publish information about cable operators within one week of the law’s publishing. This term has now passed and the commission has not published anything about this on its website.

Khatia Kurashvili, chair of GNCC’s press office, says that all broadcasters and cable operators have been sent messages by e-mail, and it is unclear to her how these emails can be published.

Levan Dolidze, executive director of Levan Mikeladze Foundation, who also chairs the project For Effective Regulation of the Civil Sector, says Kurashvili’s answer means that GNCC has only partly fulfilled its obligations under the law, because they also have to publish this kind of information, not only send messages to broadcasters.

“They should have published this information on their website. We conduct monitoring of the website, but unfortunately no such information was published within the term. It means that the GNCC violated its obligation under the law.” He adds that lately it has became common for GNCC to keep public information secret.

The information he requested dealt with cable operators and persons authorized to implement transmission of broadcasters.

Dolidze says by hiding this information many problems can appear, including interruption of the enforcement of the must-carry principle.

“If representatives of the civil sector and experts aren’t provided with timely information and an opportunity to conduct effective monitoring of this process I assume it will create certain difficulties, and the implementation of must-carry won’t be as effective as it should be.”

He says he hopes GNCC will still publish this information though it has violated the term, and will refrain from interrupting the normal functioning of one of the main instruments to support media pluralism.

Otherwise, Dolidze’s organization will take this matter to court.