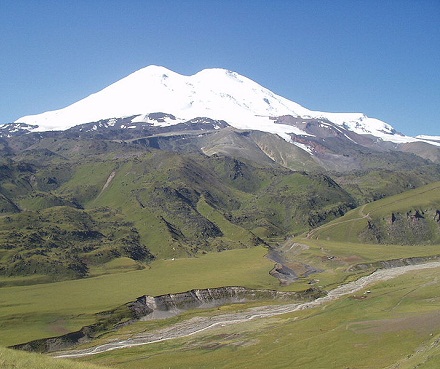 One Russian climber slipped when he was going out of his tent. He fell down from the cliff and died. The other two in his team managed to call for help.

Rescuers brought the two Russian climbers and the body down to Mestia, the center of the Svaneti region.

Meanwhile there was another operation on Ushba, which is in the Caucasian mountains, also in Svaneti. An Armenian climber spent several days alone at 4 500 meters’ height. Rescuers were searching for him for two days.

It was unable to reach him because of bad weather and difficult conditions.

Information about Andranik Miribiani was first reported on social websites and in Armenian media. News.am reported on August 10 that this climber waited several days for rescue workers to arrive.

The Armenian climber was saying that he was ready to wait several more days if he knew for sure that the rescuers would come. Otherwise, he was planning to to take the risk of going straight down.

Georgia and Armenia agreed to send an additional helicopter from Armenia to find the climber. The problem was that this person didn’t have appropriate equipment to descend.

The Armenian climber finally encountered rescue workers on August 13 and were taken down to Mestia.

Another operation was conducted in the Lentekhi area. Five Italians couldn’t move on from 2 400 meters’ height. They were taken down to Lentekhi in a helicopter.

Earlier on August 7, four Russian climbers were rescued also from mountains in the Svaneti region.

Two Ukrainian climbers died on the mountain of Ushba. Four Ukrainians had gone to Georgian mountains on July 13. 3 600 meters up a rope severed, from which the two climbers Alexandre Taranik and Dimitry Voloshin were suspended. They first were announced lost, then found dead.

This time of the year Georgian mountains are especially attractive to tourists as they arrive here to climb the highest mountains of Caucasus mountain range.