Burjanadze thanks interior minister for not interfering

Burjanadze thanks interior minister for not interfering 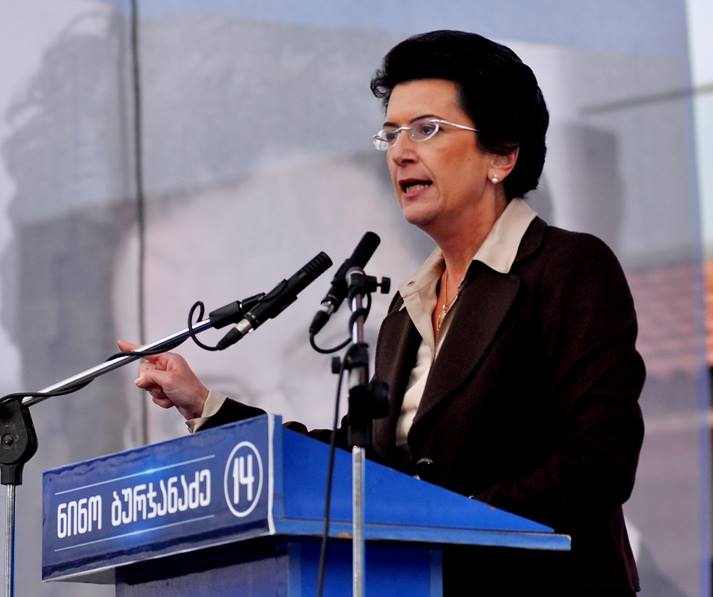 TBILISI, DFWatch–Nino Burjanadze, presidential candidate and leader of the Democratic Movement, on Saturday sent an open letter of thanks to the interior minister which was published by the media.

A day before the election, she sent a ‘thank you’ letter to Interior Minister Irakli Gharibashvili for supporting her in the election campaign.

“Mr Minister, this year’s presidential election is different from campaigns conducted in the past. I want to particularly underline that the ministry and law enforcement body employees didn’t engage in the process in favor of any candidate,” she writes.

Burjanadze led the Rose Revolution in 2003 alongside Mikheil Saakashvili and Zurab Zhvania. She joined the National Movement party and became speaker of parliament, serving twice as acting president.

But in 2008, she left the party over disagreement about voters’ lists and joined the opposition, later forming her own political party, Democratic Movement.

After the war with Russia in August 2008, and after Saakashvili had broken off diplomatic relations with that country, Burjanadze went to Moscow and met with Putin, a move for which she was sharply criticized. She was frequently accused of being a Russian spy while the National Movement was in power, and although there was never leveled formal charges, the label has stuck among many Georgians that she is “pro-Russian”.

Surveys done ahead of the election have Burjanadze in second or third place, while she herself has said she thinks she has the biggest chance to win.

Prime Minister Bidzina Ivanishvili did not want to cooperate with her when he went into politics two years ago, and their relationship has further soured in this year’s election campaign, as Burjanadze claimed that people kept leaving Ivanishvili’s coalition and joining her party. The Georgian Dream coalition denies that they are losing supporters to Burjanadze.

In the open letter to the interior minister, which is dated October 26, she recalls the congress her party held in Tbilisi on October 23, and notes that police provided a secure environment ‘on the highest level.’

She asks the minister to thank every employee who serves the law.