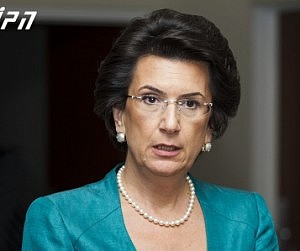 “He brought Russia from its knees to its feet. You look at Russia, what it looked like 10-15 years ago and what it is now. And, frankly, I  would like to see Georgia have the same president as Putin in Russia,” Burjanadze, leader of the political party Democratic Georgia, told DW’s Russian service.

Putin is undoubtedly destined to win the upcoming presidential elections in Russia, she continued, because “people really support him[…] I think it will be good for Russia if Putin wins.”

Responding to the DW correspondent’s question about how she would compare Georgia’s ex-President Mikheil Saakashvili with Putin, Burjanadze said the latter is “a serious politician”, while the former is “impulsive”.

“And the fact that Putin is being criticized as an authoritarian leader, and no one has ever criticized Saakashvili in the West, for me it is an example of double standards,” Burjanadze said.

“I have witnessed how my Western friends turn a blind eye to clear violations of the law and injustice towards me and my associates, precisely because the label ‘pro-Russian’ has been attached to us. It was very painful. I’ll tell you frankly that I was very disappointed then with real Western values. I began to doubt whether they really existed at all,” Burjanadze said.

In the interview, she vehemently disavowed the idea that she is a “pro-Russian” politician, insisting that she is only “pro-Georgian”, yet arguing that it is impossible to solve the main problems facing Georgia without cooperating with the Kremlin.

In the interview, which was done by Zhanna Nemtsova, daughter of the prominent Russian politician Boris Nemtsov, Burjanadze also criticized former PM Bidzina Ivanishvili for his “informal rule”. Boris Nemtsov, Russia’s former deputy PM, was assassinated on February 27, 2015 on a bridge near the Kremlin in Moscow.

“There was no democracy in the country under either Saakashvili or Ivanishvili. Under Saakashvili, we were afraid of physical violence. With Ivanishvili, we have no such fears, but we witness corruption of the people with huge amounts of money. Under Saakashvili, elections were rigged because people were frightened that they would be killed, kidnapped or imprisoned. Now people are bribed. Which is better? I don’t know which is better. Neither one nor the other is unacceptable,” Burjanadze said.

Burjanadze was a close ally of Saakashvili during the 2003 “Rose Revolution” and served as a speaker of parliament in 2003-2008. However, after the parliamentary election in 2008 she was denied the same position which prompted her to break ranks and go into opposition.

Soon afterward, she formed a political party, Democratic Movement, whose protest rally was violently dispersed by the police in May 25, 2011.

Nino Burjanadze’s frequent visits to Moscow and her open anti-NATO and anti-liberal statements have earned her the label pro-Russian.