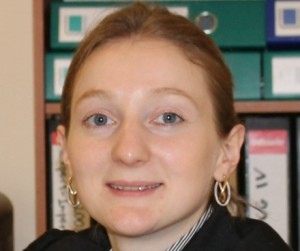 Social expenses comprised the largest share in the State budget of Georgia in 2011, with 30% of total expenses directed towards this category. Dynamics indicate clearly that the budget is getting more and more burdened by the social obligations, writes Irina Guruli, program coordinator at the Economic Policy Research Center.

Interestingly, social expense outlays growth rates almost always exceed the growth rates of nominal GDP. Since 2005 there is a very close correlation between the pace of increase of foreign debt and social outlays. This means that that the primary source for the social assistance programs is provided by the foreign debt facility. Bringing more predictability and consistency in this particular area will pose a serious challenge to the GoG and the economy in general.

At the same time, budgetary expenses can positively affect economic growth if they are directed towards accomplishment of private sector development support roles such as basic infrastructure provision, basic health and basic education. While expenses directed mostly towards social benefits and wages do not bring about economic improvement and development. The latter is the case in Georgia where the largest chunk of the budgetary expenses is taken up by the social expenditures. When government expenditure reaches a certain level of GDP, their marginal benefit inevitably goes down. Another dangerous implication of uncontrolled growth of the state sector is accumulation of debt that naturally follows undesired growth of share of state expenditures in GDP.

As of today, state debt levels are way below the restricted level of 60% of GDP as set by the Law on Economic Freedom (coming into force from December 31, 2013). Despite this, it will be a serious challenge to keep the debt levels within a manageable margin, if the mentioned tendency continues. According to preliminary information from the Ministry of Finance, as of 2011 the state foreign debt amounts to 4,375.7 million USD, while the domestic debt equals 1,983.3 million GEL. To clearly understand the meaning of the figures, it is a general practice to show debts as a ratio of several indicators. This is as a percentage of GDP, exports and budgetary revenues. This is where the real danger exposed by debt can be found. Starting from GDP, once the debt reaches a significant fraction of GDP, and its growth rate substantially exceeds that of GDP, the economy will suffer a recession, even if the debt-to-GDP ratio merely stabilizes. As to debt-to-exports ratio, it shows that total debt is growing faster than the country’s basic source of external income, indicating that the country may have problems meeting its debt obligations in the future. As well as debt-to-revenue ratio that is a major source of internal income for a country that means it may have budgetary problems in servicing this debt. In such an adverse scenario the option is to resort to foreign lenders since almost 75% of the debt is foreign. In such a case the debt can grow quickly and further deteriorate growth prospects.

Looking at the situation in Georgia, the state debt-to-GDP ratio is maintained at tolerable levels at 31.3% as of 2011, the debt-to-export ratio is currently set at 89.0%, while it exceeded a hundred percent in 2009. This means that the country’s state foreign debt is almost as much as annual exports. When it comes to the debt-to-budgetary revenues indicator, currently the ratio is 135%, it reached a high point of 150% in 2010. Even though the government has succeeded in maintaining the state debt levels below the 60% of GDP, according to the data from International Monetary Fund (IMF), gross foreign debt of the country (that is both state and private debt) outreached the 60% of GDP restriction in 2010 and is currently 57.5% with a projection of a decrease in 2012 to 56.6%.

The mark 60% as a dangerous limit of the external debt to GDP ratio is the empirical threshold beyond which the country faces serious problems related to it solvency. In general, government debt can be analyzed through the prism of two key variables: its size and its pace of accumulation. Problem with the state debt is that it is exogenous variable, meaning that the economy cannot automatically correct its levels. Debt problems of the country affect all of its citizens even if they are personally not indebted. The large stock of debt is dangerous because its service consumes larger and larger portions of the state income and directs it to debt service instead of economic development. As of 2011 the foreign debt service is 14.6% of the budgetary revenues.