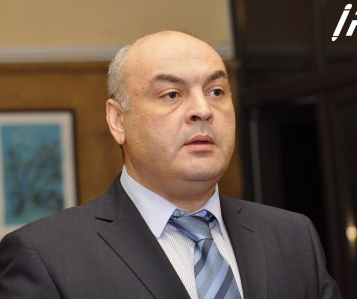 TBILISI, DFWatch–Tbilisi City Council decided to write the 2014 budget themselves, after refusing twice to pass drafts proposed by City Hall.

The capital’s executive government is staffed by people from Saakashvili’s National Movement, but the city council is dominated by the opposing bloc Georgian Dream, which is in power on a national level.

Unhappy with the way City Hall planned to spend money, the council prepared its own draft budget.

41 members of council voted for the draft, two didn’t vote. The minimum necessary for a vote to be valid, called quorum, was 24. In total, 43 members attended the session.

The budget prepared by the City Council foresees spending 88 713 000 lari on transport, infrastructure and rehabilitation work in the city; 156 450 000 lari on reinforcement of buildings in danger; 69 500 000 lari on maintaining and improving the environment in the capital; 12 500 000 lari on development of the economy and supporting the creation of jobs.

Georgian Dream’s assembly members rejected City Hall’s proposed budgets because they saw them as lacking transparency and favoring the National Movement ahead of the local elections later this year.

“We did our best to make a transparent budget,” Council head Irakli Shikhiashvili said.

He continued saying that the budget worked out by the council won’t let City Hall spend money for its own interests before the local elections, which are to be held in June.

After approving the budget, Tbilisi City Hall issued a statement which sayd it had been ‘political caprice’ to further delay the process of passing a budget.

The statement says the council could have passed the budget in the beginning of January, but City Hall still welcomes their late step.

According to City Hall, the budget prepared by the council will spend 10 million lari less on social programs and does not involve purchasing new buses for the capital.

“We think Tbilisians got serious problems during this period, so we do not plan to act against their interest and get into political wrangling with the majority in the council,” the statement reads.

It says City Hall is ready to work with the new budget.

City Council believes that problems caused by the lack of the budget of 2014 for about two months are much more serious than problems which will be created by the budget prepared by Georgian Dream.