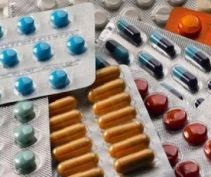 Companies based in the UK, Germany and Hungary will try to enter the pharmaceutical sector in Georgia. (Interpressnews.)

TBILISI, DFWatch–Foreign pharmaceutical companies are preparing to enter the Georgian market, according to the Health Ministry.

The market in Georgia has been criticized for being dominated by only three pharmaceutical companies. Two years ago, then president Mikheil Saakashvili said that the pharmaceutical sector was monopolized and instructed the prime minister to solve the problem.

But the changes that were made did not lead to much change in practice, as shown in a study last year by Transparency International. The market remained monpolized and medicine prices is still a major problem for people.

Prices dropped slightly after the change of government in the end of 2012.

Sergeenko did not specify which companies are now preparing to enter the Georgian market, but said they originate in the UK, Germany and Hungary.

“It now depends on us how effectively we will manage to enforce quality control system in order to open the market and let these companies enter,” he said.