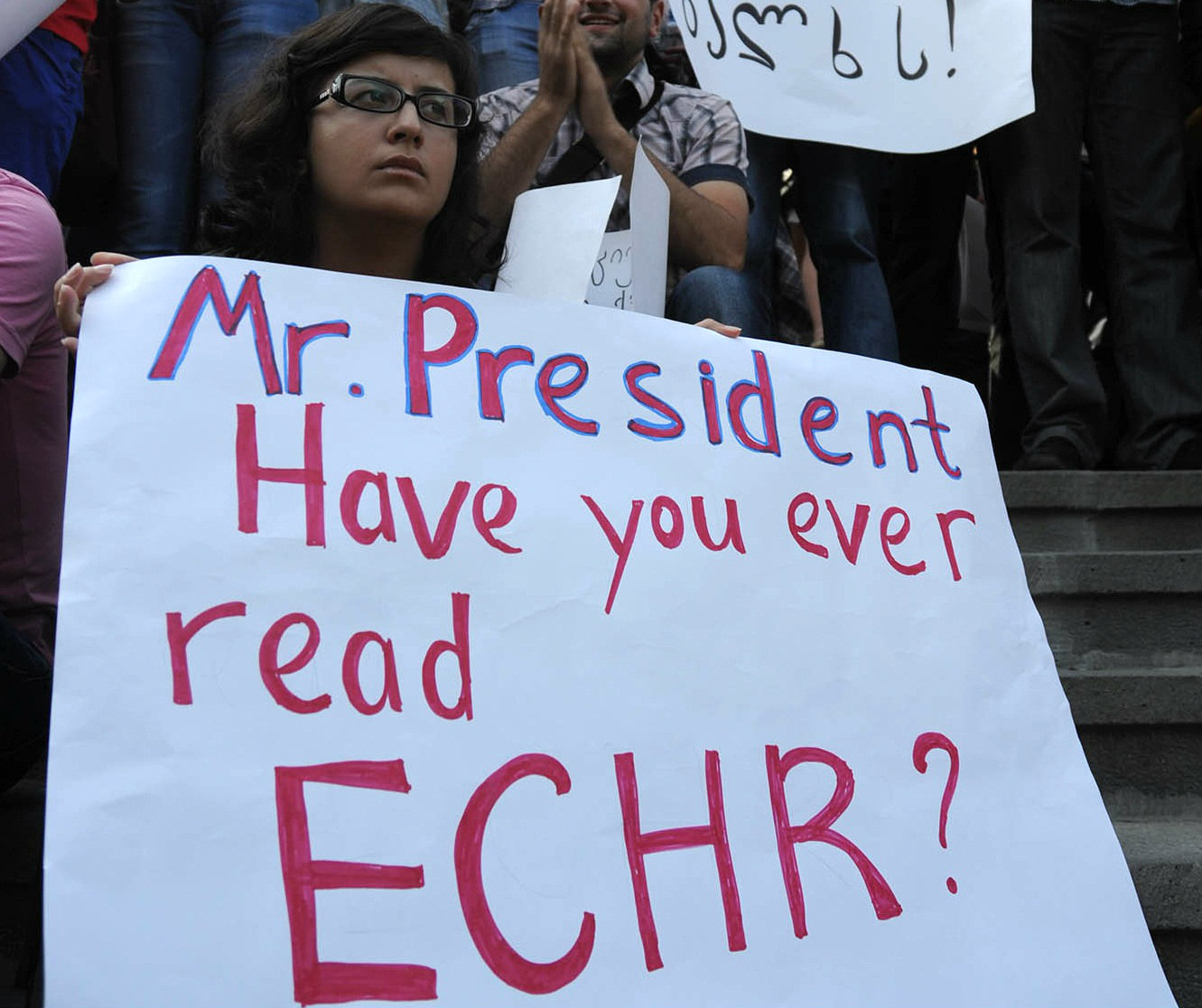 A student demonstrates against Saakashvili outside Tbilisi State University in the aftermath of the prisoners abuse scandal in September 2012. (Interpressnews.)

TBILISI, DFWatch–In Georgia, the parliament has asked the government to investigate crimes committed during the Saakashvili regime.

The bureau of parliament on Friday recommended the Ministry of Internal Affairs and the Prosecutor’s Office to investigate crimes committed from 2004 to 2012, on the grounds of a recommendation by the parliamentary committee on human rights.

Eka Beselia, who chairs the committee, said at a briefing that a petition was presented to parliament with more than 20 000 signatures requesting to study human rights violations in the years 2004-2012 in Georgia.

This covers the years that former President Mikheil Saakashvili’s National Movement was in power, in parliament, through government and by also having the president. During these years, the opposition and non-governmental organizations often said there was a difficult situation in the country in terms of protecting human rights. Reports by international organizations described the same.

“We have studied reports by international organizations and local bodies regarding specific violations,” Eka Beselia said, adding that fundamental constitutional rights were violated and it was systematic: violating the right to life, inhumane and humiliating treatment, torture, physical abuse and deprivation of liberty, freedom of speech, the right to have just courts, the right to free assembly, the right to privacy and property rights.

Considering all of the available material, parliament decided to recommend that all the violations which took place in this period are investigated.