Books brought to Georgia in WW2 to be returned to Germany

Books brought to Georgia in WW2 to be returned to Germany 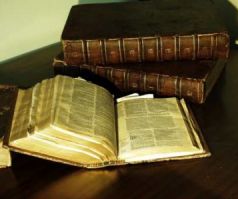 TBILISI, DFWatch–Georgia has decided to return books currently at Tbilisi State University that were brought here from Germany during World War II.

Shalva Tadumadze, the government’s parliamentary secretary, explained that the German government has said it is willing to help Georgia restore damaged books.

All the books will first be brought to Germany for restoration. The items that are determined to have been brought here during WWII, will remain in Germany. The rest will be returned to Georgia.

A commission has been created with people from both governments to decide which books should go where.

Parliament is preparing amendments to the law on bringing and sending cultural values in and from Georgia in order to regulate the book transfer.