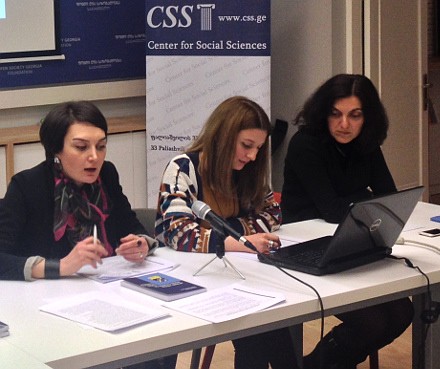 TBILISI, DFWatch–Georgia has bolstered the quality of its higher education and research, thanks to its inclusion in the European Higher Education Area (EHEA), the authors of a new report argue.

By joining the EHEA, popularly referred to as the Bologna process, Georgia improved the legal framework and quality of its higher education system and brought in a three-level degree system with BA, MA and PhD.

Since 2005, Georgia has developed a framework of qualifications for higher education, implemented quality assurance standards and a credit system. Another change is that Georgian students have been able to participate in exchange programs and get higher education abroad.

The process launched with the Bologna Declaration in 1999 is one of the main voluntary processes at a European level, and is currently implemented in 48 countries which make up the European Higher Education Area (EHEA).

Georgia joined the Bologna process in 2005. On the one hand, this was the core of the reforms in higher education; on the other hand, this was an expression of the western orientation of the country following the peaceful Rose Revolution in 2003.

In the course of the decade of reforms, education has also been a contentious issue which has uncovered different views about how the reforms are implemented, lastly in a student protest at Tbilisi State University in the spring of 2016, when education reform was one of the main demands.

The report presented on Wednesday by the Social Science Centre and Open Society Foundation offers an overall optimistic assessment of how Georgia’s higher learning institutions have been improved the last decade.

The collapse of the Soviet Union led Georgia into two secessionist wars and a civil war in the early 1990s. Amid poor economic, political and social conditions in the country, the education system also collapsed. Joining the Bologna process may also be seen in light of this period of post-Soviet instability, as it addressed problems that had emerged during years of mismanagement.

The report concludes that despite significant achievements, the Georgian higher education system still has problems to deal with, such as lack of qualified lecturers, as well as poor studying environment and lack of vocation education and access to high quality studying material.

The authors are now offering their recommendations based on the report’s findings to the Ministry of Education and Science the, National Center for Quality Assurance, higher education institutions and other relevant agencies.