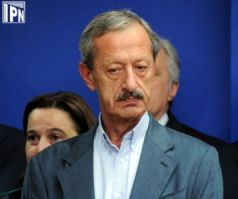 TBILISI, DFWatch–A biometric election list may not be ready for the upcoming local elections in Georgia, which will be held in June, 2014.

Election lists have been subject to disputes for a long time, especially during the National Movement government, when there
were claims that the lists were manipulated in a way that amounted to doctoring the results. No-one complained about the lists during the last presidential election though, but still, the new government has decided to use biometrics to conduct elections in the future.

The government has now amended the election legislation so it says that the common list of voters for the election in 2014 must be formed by biometric registration. The law also defines rules for how to form the biometrical list.

Vakhtang Khmaladze, head of the judiciary committee in parliament, said Sunday that biometric lists will most likely not be ready for the upcoming local elections, due to lack of time and financing.

He said that the current voters’ list will be cleaned up using biometric data. By this, he meant that double registrations or dead people on the list and types of other fraud will be purged from the list.

“We will have biometric list, but currently we can’t manage to have only those people on the list who will come to register and take new photos. Time was not enough for this,” he said, adding that the list will be formed ‘in a new way.’

He said all the pictures in the database will be transformed into digital format and become biometric photo. A special program will define fraud and suspicious photographs, for example one person with the same photo and different names or different addresses. These data will be revised and all these people will be checked.