Batumi synagogue back to Jewish community after 86 years

Batumi synagogue back to Jewish community after 86 years 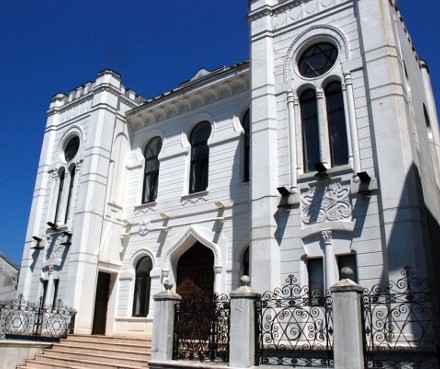 TBILISI, DFWatch–Georgia’s State Agency on Religious Issues on Thursday decided to transfer ownership of the Batumi synagogue to the Jewish community.

The Jewish community has been requesting ownership and usage rights to the oldest synagogue in the city, which lies on the eastern shores of the Black Sea.

The Batumi synagogue was built in 1904 according to drawings made by architect Lev Volkovich.

The Soviet government decided to close down the synagogue in 1929 and instead let several sports organizations use it.

In 1998, the building was restored to its original function and refurbished the same year. In 2011, it was granted cultural heritage status.

The religious agency also considered a request by Georgia’s Muslim Department to take over ownership of eight mosques in Khulo, a cluster of mountain villages in southern Adjara.