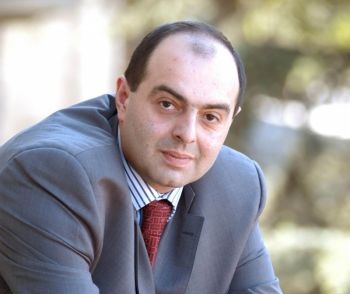 TBILISI, DFWatch – Another opposition sympathizer in Georgia has had his bank account frozen.

By decision of Tbilisi City Court, all bank accounts belonging to former Deputy Security Minister Lasha Natsvlishvili were seized. Currently, Natsvlishvili is not a member of any party, but he has a background in the Republican party, which is part of the Georgian Dream coalition, led by Bidzina Ivanishvili.

Shalva Tadumadze, Natsvlishvili’s lawyer, says that he has repeatedly appealed to the chief prosecutor in order to find out reasons for what happened, but hasn’t received an answer.

“The Prosecutor’s Office says that Natsvlishvili isn’t a party in this case. So, material regarding the case doesn’t show anything. In addition, just like the case of Kakhi Kaladze, Natsvlishvili is also deprived of the right to appeal this decision. The reason is the same – considering that a criminal investigation hasn’t been launched against Natsvlishvili and his status is not that of an accused – he doesn’t have a right to appeal the decision by Tbilisi City Court.”

The lawyer sees what has happened in connection with the oppositional sympathies of Natsvlishvili.

“He is my client. I don’t know if he is member of any party but everyone knows that Natsvlishvili is politically active with opposition attitudes.”

The lawyer says he will plan future measures together with his client.