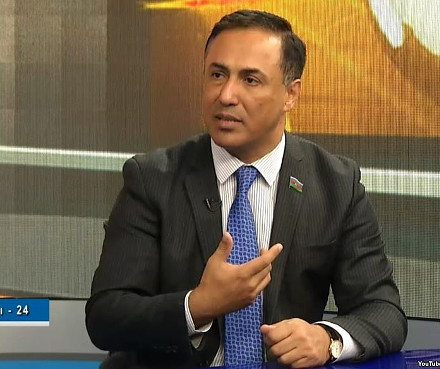 TBILISI, DFWatch–A member of Azerbaijan’s parliament claims Georgian and Azerbaijani intelligence agencies collaborated on abducting a journalist in Tbilisi and send him back to Baku to face jail.

Elman Nasirov, a member of Azerbaijan’s national assembly Mili Meclis, put forth the explosive allegations in an interview with Radio Free Europe.

Georgia’s intelligence agency, the State Security Service (SUS), publicly denied having had any involvement with the May 29 abduction of a journalist critical of Azerbaijan’s authoritarian President Ilham Alyiev. Afgan Mukhtarli was kidnapped in the center of Tbilisi, brought across the state border and rushed straight to a Baku prison.

“The statement by Elman Nasirov, an Azerbaijanian member of parliament, that the detention of an Azerbaijani journalist Afgan Mukhtarli was the result of joint work carried out by Georgian and Azerbaijanian special forces, is not the truth. The State Security Service of Georgia strongly denies information spread by the member of parliament and any link with the Afgan Mukhtarli case,” SUS wrote in a statement on Friday.

In the interview with Radio Free Europe/Radio Liberty’s Azerbaijani language service, Nasirov said that Muktarli’s apprehension was a result of joint efforts by Azerbaijani and Georgian intelligence agencies.

Earlier, on June 2, Nasirov claimed that protests over Mukhtarli’s arrest were a result of ‘Armenian diaspora’ and ‘anti-Azerbaijani elements’.

“The Armenian diaspora in Georgia, anti-Azerbaijani elements, based on the arrest of [Mukhtarli], are trying to damage Azerbaijani-Georgian relations. But their attempts have failed, because there are historically friendly relations between Azerbaijan and Georgia,” Elman Nasirov told Trend news agency.