Journalist who sought refuge in Georgia abducted to Azerbaijan

Journalist who sought refuge in Georgia abducted to Azerbaijan 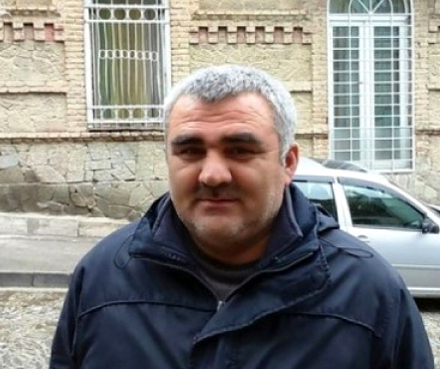 TBILISI, DFWatch–An investigative journalist who fled Azerbaijan and sought asylum in neighboring Georgia was abducted by unknown men in Tbilisi on Monday and taken across the border to his home country.

Journalist Afgan Mukhtali is now being held in Baku, under arrest by Azerbaijani authorities.

Mukhtarli’s lawyer told Radio Free Europe that his client was abducted by unknown men who didn’t introduce themselves. They put a sack over his head and drove him away in a car. They changed cars twice, and the third time they took off the sack. At that point, he was already in Azerbaijan customs.

Mukhtarli suspects that the kidnappers were members of Georgian intelligence.

Afgan Mukhtarli’s wife and one of his friends raised the alarm earlier in the day at a press conference in Tbilisi, where they said the journalist disappeared Monday evening in what must have been an abduction by intelligence agents.

The likely motive is to silence a vocal critic of the authoritarian regime of President Ilham Aliyev, they claimed, and accused Baku’s intelligence services of being behind the apparent abduction.

Afgan Muktarli has lived in Tbilisi with his family since 2015 and sought asylum from the Georgian authorities.

“He was a very active journalist and supposedly the Azerbaijan government saw him as a threat,” said Daggin Aghalarli, Azerbaijani rights activist and friend of Mukhtarli.

Muktarli used to be critical of Azerbaijan’s incumbent government and a rigorous defender of Khadija Ismayilova, an outspoken journalist who was arrested and blackmailed by the government in her country.

Ismayilova, when contacted by the Georgian magazine Liberali, also said that Afgan Mukhtarli was abducted, but had no other details.

Dashgin Aghararli seems to be the last person who saw the disappeared journalist, during a meeting at a café on Liberty Square in the center of Tbilisi.

“It was just past 7pm. We were sitting in the café Local Taste on Liberty Square. Afgan called his wife and asked whether he should fetch anything on his way home. His wife told him to buy bread. Immediately after the phone call, we went outside. I remained at the nearby station, while Afgan was supposed to cross the street. My taxi came shortly afterward, and I left. That was the last time anybody saw Afgan, and he didn’t return to his place,” Aghararli told JAM-news.

The journalists who fled Azerbaijan fearing persecution from the Aliyev regime recently noticed that Georgia has become unsafe for them.

“We have been constantly feeling the surveillance, with some people permanently shadowing us. Afgan once managed to photograph them. They weren’t Georgians, and spoke Azerbaijani, and we could make out some of the conversation due to the extremely short distance between us,” Aghararli said.

The government of Georgia has not commented beyond saying that a search – a formal procedure – has been announced.