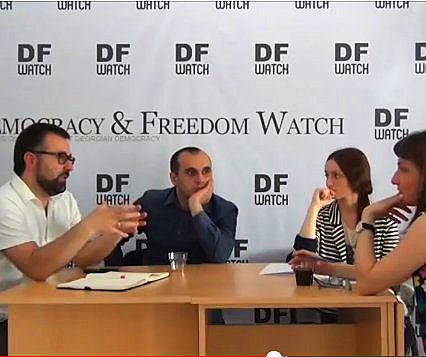 TBILISI, DFWatch–Representatives of NGOs say a new law recently introduced by Georgia to eliminate all forms of discrimination lacks an enforcement mechanism, and question whether it will be effective.

Giorgi Gotsiridze said he thinks the adoption of the anti-discrimination law is one step forward, but not imposing a fine on violators of the law makes it ineffective to some extent. He said, there should be exist a component of fine and minimum and maximum margins of compensation for moral damage should be defined.

Zviad Devdariani agreed with Gotsiridze, claiming, that setting fines is necessary, because without fines, the goal of solving the main problem – changing society’s attitude toward minorities – would not be achieved.

He added that the negative reactions from society toward this anti-discrimination law was a result of the government’s puny efforts informing citizens what the law is about and some groups used it for their own benefits. Devdariani emphasized less influential political parties, which used the Patriarchy’s support in election period and increased their ratings.

Lina Ghvinianidze (EMC) said, adopting the law was important because the government underlined that we are living in a secular state, though the government still had to make concessions to the Church that may reduce the law’s effectiveness in the future.

She thinks that the government made a decision not to set fines because officials are not ready to fully enforce of the law.

All three agreed, that the main problem is the absence of fines, but hope that the Public Defender will be active in trying to add effective enforcement mechanisms in the future.