Anaklia hosts GEM Fest, instead of KaZantip, in July

Anaklia hosts GEM Fest, instead of KaZantip, in July 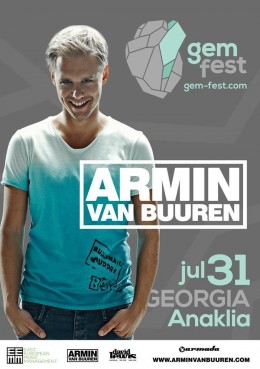 Tbilisi, DFWatch – A western Georgian Black Sea resort Anaklia is going to host one of the largest electronic music festivals this summer.

GEM Fest, which is short for Georgia’s Electronic Music Festival, will start in July 30 and last through August 7. The tickets or multi-passes are already available online at eventer.ge.

Organizers are really optimistic about the festival. “For GEM Fest to bring together the most striking and outstanding talent, we needed our own team to be no less remarkable,” GEM Fest organizers write on festival’s  official website.

“As a result, we have formed a professional and international team, together boasting experience on numerous major events of the likes of Kazantip and Exit Festival. We have consolidated efforts and resources to put on what will be Georgia’s biggest and most iconic festival.”

Last year Anaklia hosted KaZantip, electronic dance music festival, which moved here in the wake of annexation of Crimea by Russia. However after failure in Georgia due to the low income and a way less show up than expected , and later cancelled in Cambodia, KaZantip returns back to Crimea with different name this year.