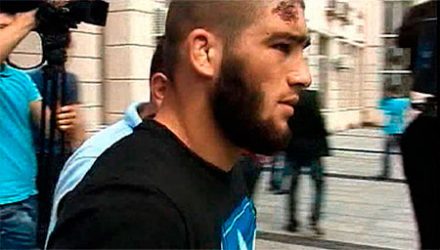 TBILISI, DFWatch–Authorities in breakaway Abkhazia demand the extradition of a Georgian prisoner suspected of assassinating a Russian diplomat and his wife in Abkhazia in 2013.

Sokhumi wants the suspected killer handed over as a reciprocatory move for the released two weeks ago of Giorgi Lukava, a 53 year old former Georgian militiaman, who has been incarcerated in Dranda prison for the last seven years.

Lukava was serving a 20 year sentence for allegedly being a member of a Georgian paramilitary group called the Forest Brothers in the 1990s and early 2000s. He was convicted of ‘grave crimes’ against ‘Abkhaz citizens’.

Now, Sokhumi demands the release of Yusup Lakayev, an ethnic Chechen whom the breakaway republic has accused of murdering Dmitri Vishernev and his wife. Vishernev was First Secretary at the de facto Russian embassy to Abkhazia in Sukhumi. His car was riddled with bullets near his home on September, 2013. The Russian diplomat was killed on the spot, while his wife succumbed to her wounds at the hospital.

Lakayev was arrested in Batumi a few days later, after a shooting incident which resulted in three people being wounded. He was later sentenced to 12 years in jail.

Sokhumi insists that Lukava’s release was a part of an informal process of prisoner exchange between Georgia proper, on the one hand, and breakaway Abkhazia and South Ossetia, on the other. Earlier, on November 26, another Georgian, Giorgi Giunashvili, was released from a prison in South Ossetia. Giunashvili is a Georgian ex-soldier as well.

Abkhazia’s demand for the release of Lakayev comes after opposition groups within the breakaway region reacted strongly to the extradition of Lukava, which they see as a betrayal of their cause, demonstrating outside the Sokhumi legislative assembly January 3.

The Georgian government has denied the existence of any prisoner exchange agreement.

Abkhaz media reports that Georgia extradited Roland Zhiba, an ethnic Abkhaz, who is suspected of a murder committed in Abkhazia, in return for Giunashvili’s release. Official Tbilisi has not yet commented on the issue.