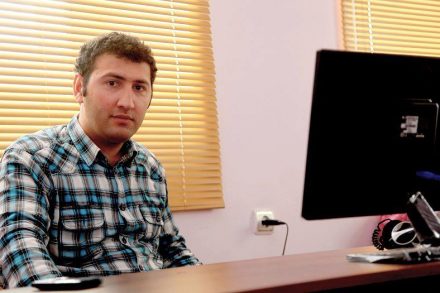 A large part of the ethnic Azerbaijani population live in Kvemo Kartli region – Gardabani, Dmanisi, Bolnisi and Marneuli municipalities. Here they cope with the same social-economic problems as the population in other regions of Georgia. They are barely able to sell their harvest and get employed… Their daily problems are made even more difficult by the fact that Azerbaijani people cannot integrate into the Georgian society.

Many ethnic Azerbaijani people living in the regions of Georgia don’t know the state language – Georgian. They are unable to actively participate in the social-political and cultural life of the country because of the language barrier, and this makes them feel isolated.

Georgian media, too, rarely report about the daily problems, life and needs of the Azerbaijani community. Azerbaijani people avoid speaking about the problems openly with the media. Doing so will have no impact, they say, and they feel that the state is indifferent to their problems.

There is one more reason they refrain from speaking out about their problems – they are afraid of Georgian authorities. To explain the reason for their fear, we should recall a high-profile incident which happened in Georgia a few months ago, when Azerbaijani journalist Afgan Mukhtarli was abducted in Tbilisi and handed over to Azerbaijani authorities.

Afgan Mukhtarli, as many other journalists living in Azerbaijan, was persecuted by Azerbaijani authorities. This made him flee the country, and he found shelter in Georgia.

On May 2, 2017 he was abducted in Tbilisi and delivered to Azerbaijan. As Mukhtarli told his lawyer, special unit officers dressed in plain clothes kidnapped him in downtown Tbilisi and then handed him to their Azerbaijani colleagues. This caused great controversy among the public, and Georgian journalists organized several protest demonstrations. They addressed the Government of Georgia, demanding an impartial investigation of the abduction.

However, the investigation was carried out in a manner which further deteriorated the public’s trust in the authorities: The Ministry of Internal Affairs refused to make public the video recordings from the cameras which were installed at the locations which Afgan Mukhtarli and his kidnappers passed through on their way to Azerbaijan. The video from the camera of one of the private companies, which most probably recorded Mukhtarli, was damaged. This increased the suspicion that Georgian law enforcement bodies participated in the journalist’s abduction.

After Afgan Mukhtarli was abducted, Azerbaijani citizens living in Georgia became more afraid of the Georgian government. You will feel their fear and mistrust of the authorities in their conversations.
I was not surprised when people did not wish to speak with me as a journalist in Azerbaijan. But frankly speaking, I did not expect the same in Georgia. I did not think that people would be afraid of their government in a country which is declared an island of democracy in the Caucasus. When I try to find out the causes of this fear, I am often told that one “fine day” they might also be covered by a sack and taken to a cell.

Unless Georgia investigates the abduction of Afgan Mukhtarli impartially and punishes all perpetrators in accordance with the law, the trust of the ethnic Azerbaijani people toward the government will worsen even more.