A quarter of Georgia’s population are missing

A quarter of Georgia’s population are missing 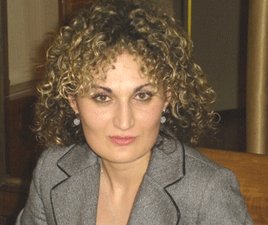 TBILISI, DFWatch – 23 per cent of Georgia’s population is away from the country, 80 per cent of which are illegal labor migrants and sole bread-winners.

These are some of the findings in a new report made by Liberal Academy Tbilisi, called Visa Facilitation and Readmission: Visa Liberalization Prospects for Georgia.

The report also shows that Georgians have the most trouble with getting a visa to Europe, compared to other countries in the same region. The fraction of rejected visa applications was 17.2 and 15.1 per cent in 2009 and 2010, respectively. These numbers are higher than for Armenia with 10.8, Moldova with 6.9, Ukraine 3.4, Azerbaijan 5.0, Belarus 0.6 and Russia 1.2 per cent in 2010.

Three per cent rejections is considered normal. Ketevan Tsikhelashvili, head of Liberal Academy Georgia says Georgia receives a high number of rejections even from countries Georgia has good relations with.

The Academy presented the report on Friday at Tbilisi Marriott Hotel. After the presentation there was a discussion, which was attended by foreign embassy representatives in Georgia, local NGO and government representatives, as well as guests, who discussed possible reasons for the tendencies described in the report.

One of the reasons named, is that the number of migration is very high, including illegal migrants; however the authors of the report say this number is high for Russia too, but there it doesn’t influence the number of visa refusals. In 2009, Russian citizen got only 1.6 per cent visa refusals; in 2010 the number was 1.2. Another reason can be the fact that countries do not want to be used as transit countries. But still this is not enough to explain the problem.

The report also describes the infrastructure at embassies in Georgia. In six embassies there is no preliminary registration and there are live rows, which sometimes make citizens wait for their turn for hours and even days. There are no conditions for people to wait, even on cold winter days they have to stand outside, where there are no chairs. Other embassies let people register online, but it may take from three to eight weeks to wait for your turn.

There are diplomatic representations of fourteen countries, which are part of the agreement. According to the report, eleven out of 11 have their websites, from which only five are available on Georgian. Another problem is that application form for visas aren’t in Georgian and a person is lucky if the form is in English and no other specific language.

Filling in the form must often be done in a foreign language, which sometimes requires mediators for citizens, who help them fill in their forms. This has become a business of its own. Near the embassies, there are opened small offices offering people help with filling in their forms and help with documents. As a result, an applicant doesn’t know what documents she or he is having, which causes difficulties during interviews and may lead to the application being rejected.

People aren’t well informed of their rights, Tsikhelashvili says. The authors of the report did a small experiment interviewing a group of people about their experiences dealing with embassies. It showed that often people don’t know they have right to appeal a rejection or they’re just afraid to appeal – they think they may get on some kind of black list at the embassy and may have difficulties if they will need to apply again.

Only two embassies have full information on their notice boards about visa facilitation agreement and required documents to apply.

During the discussion, someone asked whether the government plans to change the whole application process and only have online application, registration and payment, only visiting the embassy to pick up the passport. Archil Karanauli, who was representing the government, answered that there are no such plans, because it is too early, as there is not Internet coverage in the whole country.

Georgia itself has a visa freedom for about 80 countries. Foreign citizens can stay in Georgia without a visa for 360 days. The liberalization of visa rules started in 2006. According to the Interior Ministry, 547 390 citizens from EU member countries have arrived in Georgia between 2004 and 2011, and the number has increased the latest years.