A critic of Azerbaijan government detained in Georgia, face extradition

A critic of Azerbaijan government detained in Georgia, face extradition 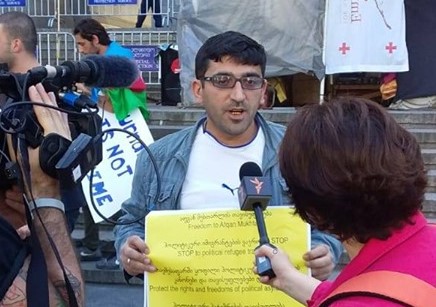 The police in Georgia detained Azerbaijan’s opposition activist Avtandil Mammadov on the request of Baku on Monday and he may face extradition to his home country.

Mammadov was arrested in Marneuli, a town inhabited largely by ethnic Azerbaijanis, 35 km east from Tbilisi, radio Marneuli reports based on the information provided by Mammadov’s family and friends.

He has lived in Georgia since 2017 and was critical to Baku authorities. Mammadov has sought asylum in Georgia and participated in various protests against abduction of another Azerbaijani activist Afgan Mukhtarli.