51 election districts will hold second round of parliamentary election

51 election districts will hold second round of parliamentary election 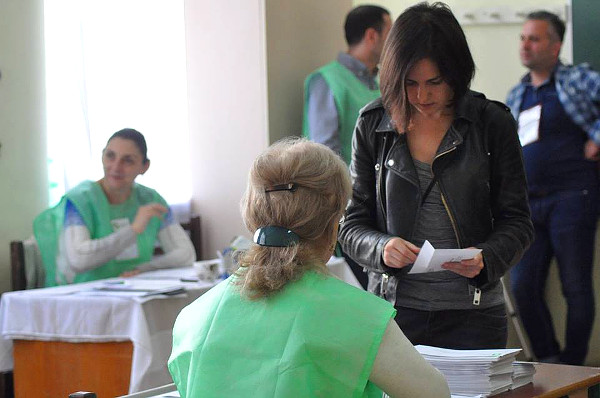 TBILISI, DFWatch–51 election districts in Georgia will likely hold a second round of parliamentary election; 18 of them will be in the capital Tbilisi.

After 99.92% of votes have been counted, the governing Georgian Dream party has 48.6% in the proportionate system. This is expected to give them between 45 and 48 representatives, in addition to the marjoritarian MPs.

The Georgian Dream leadership is confident that they are going to get a constitutional majority in parliament, which requires 113 seats.

It is still an open question whether there will be a third party in parliament for the next four years. As DFWatch previously reported, Alliance of Patriots has been on the verge of surpassing the five percent threshold, but Monday morning, the party was still 117 votes away from breaching the limit and winning six seats.

There was some confusion over whether the Patriots were in or out of parliament, with the CEC’s official results page indicating “5%” while the figures show that the Patriots were in fact out. At 10am, the total number of votes counted was 1,762,975, meaning that the 5 percent threshold was a minimum 88,149 votes. At that point, the CEC webpage indicated that the Alliance had received 88,032 votes – 117 votes below the limit.

Minutes later, the CEC’s results page was updated to show the total number of votes as 1,763,194, meaning that the limit for breaching five percent was 88,160. Patriots in this count is reported to have won 88,132 – now a mere 28 votes below the minimum. At around 3pm, Interpressnews quoted CEC spokesperson Ana Mikeladze saying the Patriots had breached the 5% limit.

The National Movement, which currently has 27.14%, rejected the election result and rallied outside the CEC building.

It now remains for CEC to publish results from only three precincts – two in Zugdidi and one in Tbilisi.

Party secretary Sergo Ratiani said Sunday evening that the UNM is now collecting information from their representatives in the regions and planning what to do next.

“We have a lot of information about how the election was fabricated,” he said after a three hour meeting with party tops, adding there was violence and attacks on precincts.

Georgian Dream secretary Irakli Kobakhidze said he is confident that the party will get a constitutional majority.

Meanwhile, GD parliamentarian Gia Volski suggested strengthening the power of parliament by amending the Constitution so that the president is elected by parliament, instead of holding direct election for president, as is the case today.