44 mosques in Georgia taken over by the state

44 mosques in Georgia taken over by the state 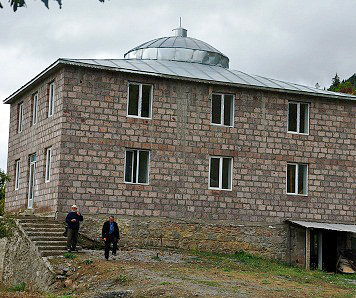 TBILISI, DFWatch–44 mosques were taken over by Georgia’s Muslim Department two days ago by decision of the State Commission on Religious Issues.

According to Zaza Vashakmadze, who is head of the commission, 21 mosques are in the Kakheti region, while 32 are in Kvemo Kartli.

The decision was made during a session of the commission on property and financial issues of religious unions, which was established under the State Commission on Religious Issues.

Vashakmadze said that other mosques will be considered at the commission’s next session.

According to Georgia’s Muslim Department, there are more than 300 mosques in Georgia which are not registered and have no legal status.

The fate of the disputed mosque in Mokhe has still not been decided. The conflict started in October when local authorities decided to turn it into a culture center. This angered local Muslims, who began demonstrating. This in turn caused outrage among local Orthodox Christians who demanded having a culture center instead of a mosque.