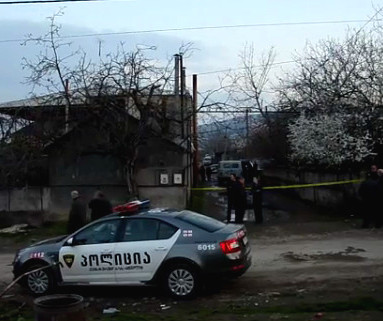 The news service does not specify when the murder happened.

Villagers say the man, Gogita Gelashvili, loved the woman, Lali Baliashvili, and killed her because he was jealous.

The two had worked together for years at the military registration and recruiting service in Sighnagi.

Relatives of the woman recall that a few days ago, she called the police to report that someone was threatening her, but there was no reaction.

The Interior Ministry said Baliashvili contacted the police three months ago because she had an argument with her ex-husband. The police issued a restraining order which the husband never violated. The woman never complained to the police after that.

The woman leaves behind one child.