27 Georgians were wounded in attack, some back on duty

27 Georgians were wounded in attack, some back on duty 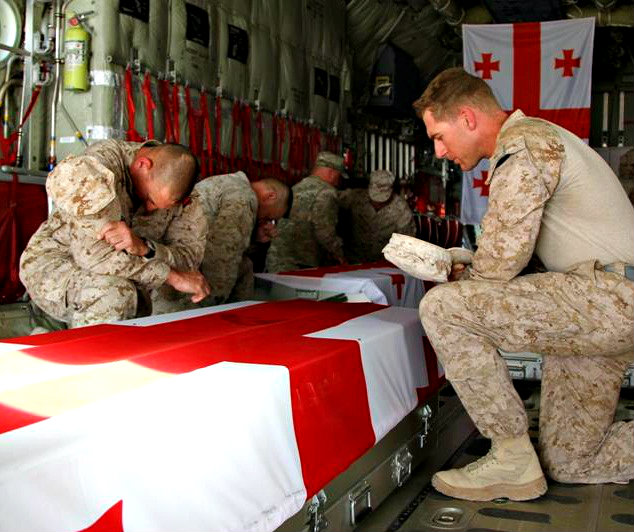 The three soldiers who died in Afghanistan will soon be brought home to Georgia. (Ministry of Defense.)

TBILISI, DFWatch–Ten of the 27 wounded Georgian soldiers in an insurgent attack have returned to duty in the ISAF mission in Afghanistan, while the remaining 17 are still undergoing medical treatment.

Part of the wounded may be taken to Germany or brought to Georgia for continued medical treatment.

“27 soldiers were wounded in the attack. As far as I know their health is not in danger,” Minister of Defense Irakli Alasania said at a briefing Tuesday about the attack yesterday in Helmand province, which took the lives of three Georgian soldiers.

Alasania added that ten of the injured are already back on duty.

“I do not exclude that some of our soldiers may be taken to Germany or to Georgia. This is dependent on methods of treatment and its progress.”

The three dead soldiers were commemorated on Tuesday in Afghanistan. A ceremony was held in Helmand Province, at Lezernik Base, and was attended by soldiers from different countries, as well as civilians.

According to the Defense Ministry, the bodies of the three will soon be brought home to Georgia.