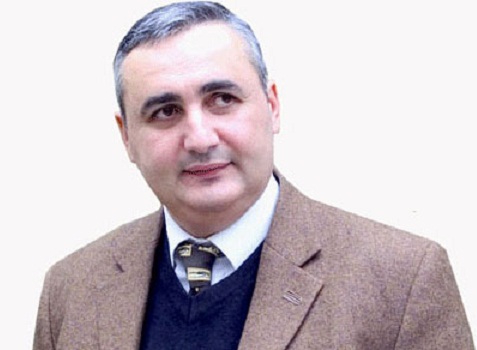 Irakli Melashvili is former member of parliament and independent analyst.

The history of how the Georgian parliament amended the law about Political Unions of Citizens is taking on more and more of a comic character. First, while amending this law parliament violated its parliament procedural regulations. Specifically, the second article of the law appeared in the text at the third hearing on December 28, having bypassed the second hearing. This is a violation of parliament’s regulations, article #155, paragraph 4.

After this, parliament approved the law’s second article’s, following editing: “Political associations of citizens and political subjects defined by article 26/1 of this law foreseen by article one, paragraph 6, which have received financing in violation of this law’s requirements and haven’t spent the money at the moment of enforcing this law, are obliged to return the money to the one who granted it not later than three days after enforcing the law. In case of not fulfilling this obligation the money will become state property.”

A political party, which didn’t have any idea of what kind of restrictions the legislator would place on him at the end of the year, received donations during 2011 in full compliance with legislation at the time. According to the new version of the law, parliament established restrictions during receiving donations and defined that money legally transferred to the party accounts last year in violation of this law should be returned to the donor within three days, or the money will be taken by the state.

Reasonable doubt occurred that the rapid change in the law by the ruling party was directly connected to the desire to deprive legal donations made to a number of opposition parties in 2011. The concern and strict protest of Georgian non-governmental organizations and foreign diplomats about adopting a clearly anti-constitutional act by the Georgian legislative body caused an unexpected reaction from the government. On the website of legislative Matsne (where according to Georgian legislation, a normative act should be published to be considered enforced) an already changed (edited) text of the law appeared: “political associations of citizens and political subjects defined by article 26/1 of this law foreseen by article one, paragraph 6, which have received financing in violation of law requirements and haven’t spent the money at the moment of enforcing this law, are obliged to return the money to the one …” According to this edition, the parties where no more obliged that the financing received during the previous year should have been in line with this law  and weren’t any more in danger of having to return this money to the donor or risk expropriation by the state.

It seems that the problem is solved, but this action of the government caused even more questions. How the Georgian law-making process is managed? Who has the right to change the text of a law adopted by parliament, while all the documents we have (text of the bill presented in parliament, parliament session shorthand record) proves that the legislative body approved by the ballot the different variation of the text published on the legislative Matsne?

The Ministry of Justice – supervisory agency for parliament?

Events developed even more unexpectedly. On January 3 it came out that according to decree #157 of December 29 of the Ministry of Justice – “Georgian Legislative Matsne is authorized to implement editorial error corrections in a normative act, which means correction of the orthography and punctuation error(s) in the text, which do not change the content of the normative act.” According to the Georgian Constitution, the Georgian parliament is the only body which can define the text of laws. In fact, the Minister of Justice transferred this right to a legal person under public law, to the Legislative Matsne, through his decree.

All the above indirectly proved that the law adopted by parliament was edited after the vote as a response to the Georgian NGOs and diplomats’ protest. And the Minister of Justice tried to create the legal grounds for the difference between the law adopted by parliament and the law text published on the Matsne website with his decree of December 29.

Georgian Justice against own decrees and common sense

It’s natural that now the new Decree of the Minister of Justice became subject to criticism by the Georgian non-governmental sector and experts. There was a suggestion that the issue should be appealed to the appropriate bodies. The government’s reaction was again immediate and … was still inadequate. The Georgian legislative Matsne already on January 4 released a statement, where it says that “Georgian Legislative Matsne’s authority doesn’t apply to the publishing of Georgian law texts and normative acts adopted by parliament. The rules for how parliament prepares, reviews, adopts, and publishes an act is defined by the Georgian constitution and parliament’s regulation, which is the act having the force of law.” It’s also natural that this statement raised even more questions. According to Georgian legislation, Georgian normative acts are divided into legislative and normative acts. So the fifth paragraph of decree number 157, 2011 issued by the Minister of Justice — “the Georgian Legislative Matsne is authorized to implement editorial kinds of error correction into the normative act…” – clearly foresees the right exactly of the Legislative Matsne to make changes to laws adopted by parliament.

Probably nobody will think of accusing the Ministry of Justice or the Minister of not knowing the laws. The current events have once again proven how ugly a face can be formed from the regime’s desire to find a legal justification for its aspiration to restrict any kind of possibility to develop and strengthen opposition parties in the country. This action by the government cardinally contradicts the Georgian government’s statements about the development of the democratic process and establishing European values in the country. These events are especially dangerous now because less than a year is left until the parliamentary elections. The rules for the political fight suggested by the National Movement are getting more and more like battle without rules.