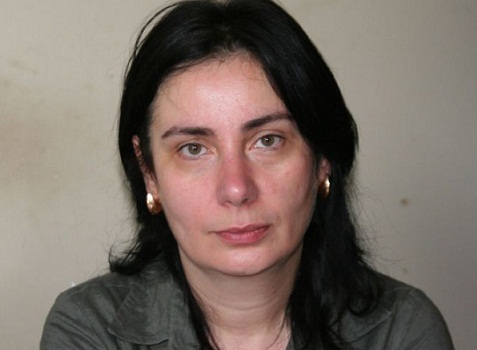 TBILISI, DFWatch – National TV channels in Georgia are scrutinizing the links between political challenger Bidzina Ivanishvili and an opposition-friendly cable channel in Tbilisi.

Imedi, Rustavi 2 and GPB, the three national TV stations in Georgia, claim to have uncovered links between Ivanishvili and other parts of Georgian media.

One target of the allegations is Kavkazia TV, which Monday night disclosed financial details about its political advertisements over the last two years.

What started the debate was a statement by Zurab Japaridze, leader of a think tank called Clear Policy, voicing the suspicion that Ivanishvili is secretly funding certain media.

Japaridze said one journalist left the newspaper Alia after having refused to print his Ivanishvili critical article, saying he suspects that the paper’s editorial policy had been changed.

When the billionaire established his Georgian Dream movement in December, some were running TV ads for it.

Shortly after Japaridze made his claims, Nino Jangirashvili, owner of Kavkazia, wrote on her Facebook page that journalists of Imedi and Rustavi 2 had been following her all day asking the same question: whether Ivanishvili finances her company or not.

She also wrote that Japaridze rejected an invitation to come to her studios and talk about the issue on air.

Jangirashvili wrote that her TV station’s finances are transparent and legal, and that any political party or organization is welcome to advertise with them.

The status update led to a massive response on Facebook, with more than 700 comments, including several from Japaridze, who wrote that society has an interest in knowing whether Ivanishvili is financing the media.

Jangirashvili also got into a heated discussion with Tamar Chergoleishvili, the editor in chief of the weekly magazine Tabula, and connected through family to people close to president Saakashvili.

Kavkazia has been on good terms with the opposition parties for years, but maintains it is independent. Especially during turbulent chapters of Georgia’s recent history, the channel has been running ads that tell viewers to show up for a particular rally or sign up with an opposition group.

Their political ads in 2010 totalled 136 373 Georgian lari from the following:

Georgian dream’s ads amounted to 32 500 lari, according to the information published on the channel.

TV Trialeti, which is based in the city of Gori, Monday said that it too would disclose its finances, and that it accepts political ads from any political party, including Saakashvili’s.

Its management strongly rejected any notion that it has been bought by a politician.

“Trialeti is not for sale and won’t be for sale to any political player. Trialeti sells advertisement time, which is our only source of income,” the statements said.