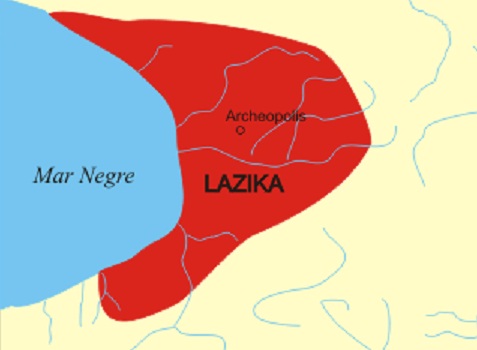 It remains to be seen whether president Saakashvili's new megacity Lazika, named after an ancient kingdom (pictured above), will be his historic legacy. City planners still lack a plan.

TBILISI, DFWatch – The Georgian president Mikheil Saakashvili is starting to build an entirely new city from scratch, but there is no city plan yet.

Contruction work is set to start within the year, but no map or street plan is yet in existence for architects and engineers to use.

The president’s administration has told the Georgian Institute for Development of Freedom of Information that there are no documents in their archive concerning Lazika.

President Saakashvili December 4 promised to build an entirely new city in western Georgia close to the border with Abkhazia which in ten years will have half a million inhabitants and be the country’s second biggest city.

A plan is already prepared, and negotiations are underway with several big investment groups in Asia and Europe, the president said, during one of his live speeches regularly carried by the national TV networks, characterized by an enthusiastic, upbeat, campaign-like style.

Shortly after, DFWatch asked the president’s administration for more information about Lazika, but was told that work was still in progress and there was nothing to share.