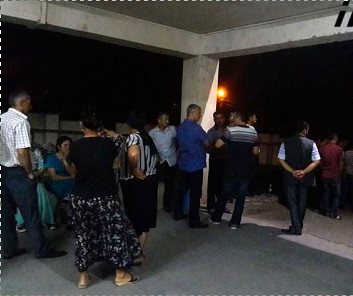 TBILISI, DFWatch–Almost 200 people were taken ill with food poisoning at a wedding in the south of Georgia on Monday, 28 of them children.

The mass poisoning took place in the village Sadakhlo, near Marneuli.

21 of the victims are still in hospital. They are being treated at different clinics in Rustavi, Bolnisi and Tbilisi. Doctors say they are in a stable condition.

Early indications are that the source of the poisoning was meat or juice.

Monday night, Prime Minister Giorgi Kvirikashvili visited some of the poison victims at the hospital in Marneuli together with the deputy health minister and the governor of Kvemo Kartli.

The PM said an investigation has been opened into the case. He was told that several patients, whose condition were worse, though not life-threatening, were moved to Tbilisi.

“I want to calm everyone down. Don’t worry. But it seems that it is a quite serious intoxication,” the PM said, and informed that there have been taken samples of food and drinks for analysis.