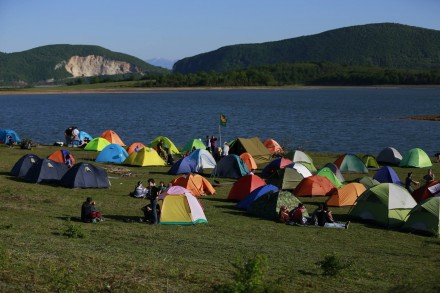 The report lists the number of visitors in three categories – tourists, transit visitors and visitors with other purposes. There is no official data about how many of them are tourists.

However, GNTA counts the number of visits in three categories, depending on the length of stay.

Visitors, who stayed in Georgia more than 24 hours are believed to be tourists. Number of visitors in this category increased by 24.3 percent in May (204,714).

In January-May 2016 there was a record number of the visitors, 2.1 million, for the first time in history,  the GNTA states. It is 15.3 percent more than same period last year. The number of tourists was over 782,000 (18 percent increase).

Majority of visitors in the first five months of 2016 came from Azerbaijan, Turkey, Armenia, Russia and Ukraine.