Youth take the lead in marking Worker’s Day in Georgia

Youth take the lead in marking Worker’s Day in Georgia 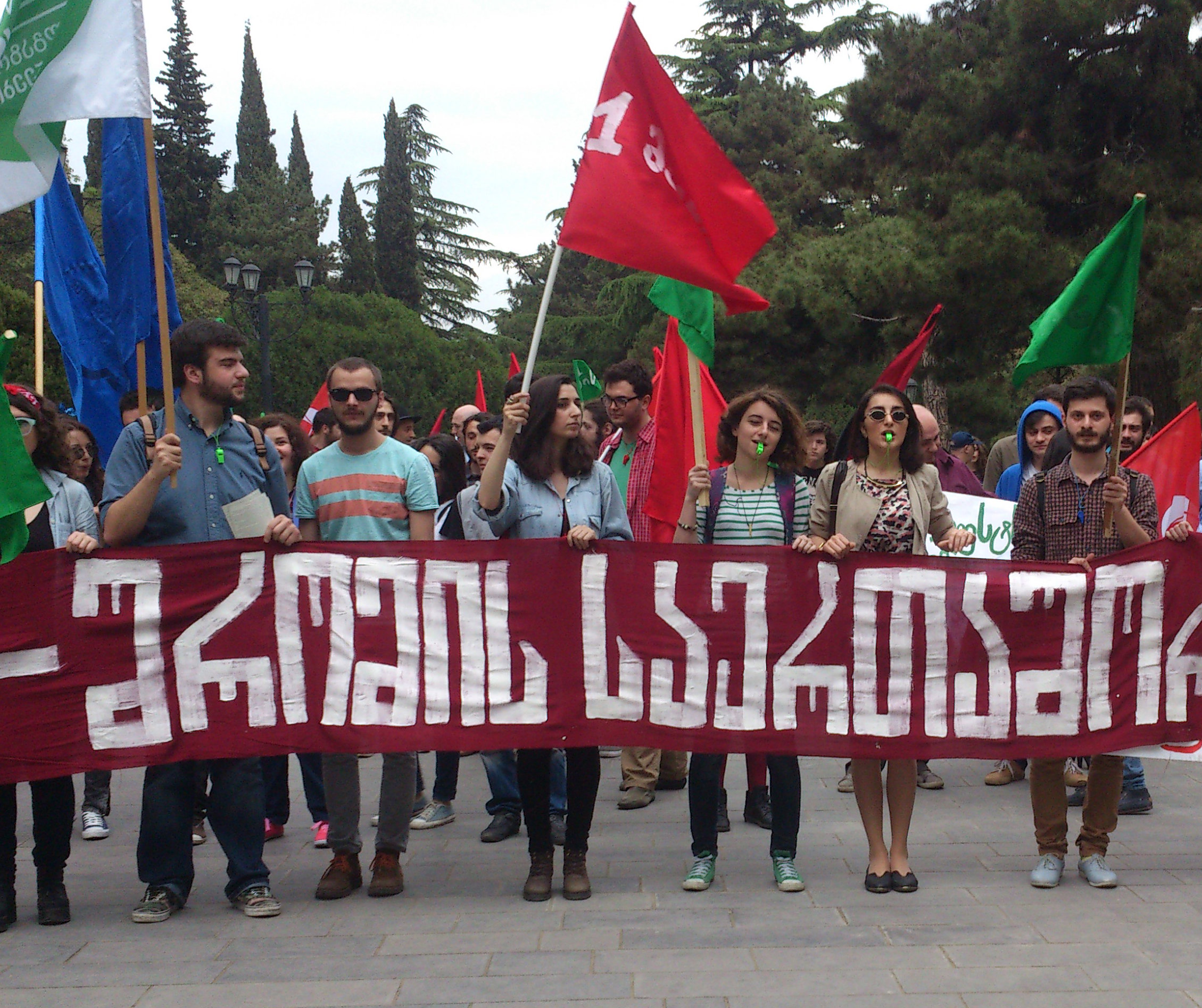 Despite strong rain, demonstrators walked through Tbilisi’s main thoroughfare carrying flags and placards and blocking half the street.

One of their demands was to declare May 1 a public holiday, but later Irakli Petriashvili, head of the trade unions, said that the prime minister has already asked the Minister of Health to make May 1 a holiday.

He said the government has created a new labor code that is in line with European standards. The government is working to create a special supervisory service that will provide a safe workplace environment.

“Investors are interested not only in market and cheap workers, but good quality of jobs. To do their work well, it’s very important for workers to be motivated, and therefore they need decent conditions,” the prime minister said at a meeting of the social partnership tripartite commission on May 1.

The trade unions marked May 1 in front of the old parliament building in Tbilisi. Later youth groups arrived from Tbilisi State University.

The rally was dedicated to all the workers who are toiling under slave-like conditions, particularly in Chiatura, a manganese mining town, Kazreti, a place where there are gold and copper mines, and in Zestaponi where there is a ferroalloy factory.

The environmental group Green Fist gathered in Tbilisi and then drove together to Kazreti, where workers and later the whole town went on strike in February, demanding higher salaries and better conditions.

In Kazreti, the Green Fist activists were joined by locals for a protest against bad working conditions and environmental hazards the town is experiencing.

Green Fist had written a manifest and demanded to create a labor inspection to ensure safe working conditions.

“We were about 70 people, as far as I know. Trade unions took people to Tbilisi from Kazreti. Locals who stayed in town joined us and were given the possibility to talk about their problems. Many of them want Georgia to nationalize the mineral resources. We demanded decent working conditions, introduction of minimum wage and the creation of a labor inspection,” said Green Fist spokesperson Irakli Ghutidze.