Too young to tie the knot

Too young to tie the knot 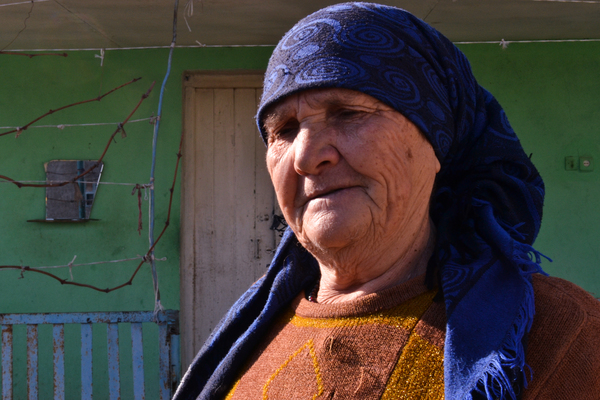 Seven of Taso Tsatiashvili’s daughers were married before they turned 18. (DFWatch.)

IORMUGHANLO, DFWatch–Although Georgia has brought in a more restrictive marriage law, the problems of child marriage and arranged engagements persist, especially in areas with a minority population.

A study carried out by the United Nations Population Fund (UNFPA) in 2014 showed that Georgia has one of Europe’s highest rates of underage marriage. Up to 17 percent of Georgian women marry before they turn 18. For comparison, neighboring Turkey has an early marriage rate estimated to 14 percent.

A new amendment to Georgia’s Civil Code which entered into the force on January 1, 2017 sets 18 as the legal age to wed. Marriage under 18 is a violation of the law, which invokes punishment ranging from a fine to imprisonment.

Ethnic Azerbaijanis in Georgia’s eastern Kakheti region are aware of the new changes in the law, but most of them think traditions and customs should be respected too. They explain that religion and traditions, which are passed through generations, allow them to carry on the practice of early marriage. 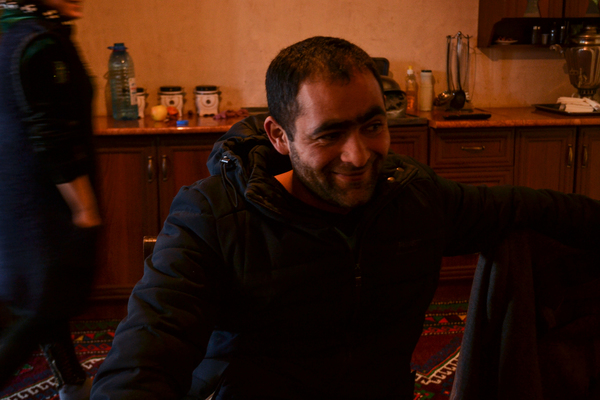 29-year-old Parukh Mamedov, father of two, lives in Iormughanlo, a village in the Sagarejo district in Kakheti, which is inhabited primarily by ethnic Azerbaijanis. Parukh and his wife Lena both were underage when they decided to tie the knot.  Seeing each other a few times was enough for them to marry. Lena just managed to complete tenth grade before abandoning her education. During the interview, Lena tried to be an obedient wife and refused to answer questions, as her husband had asked.

Although inhabitants in Iormughanlo are very hospitable and curious, most of them prefer not to speak about their personal life. They don’t like to discuss marriage issues with a stranger, especially if they know it will be made public.

“I don’t support the idea for her to continue education or work somewhere because it is shame for me and my family if I let my woman get a job. That won’t happen, not with me … I am responsible for supporting my family,” he said.

The Mamedovs are a role model in the society where they live. In searching for the “good life” for their girls, parents sometimes arrange marriages.

Taso Tsatiashvili (76) ethnic Chechen living in Iormughanlo is mother to seven daughters and two sons. Even though she was kidnapped in her sixteen, she thinks forced marriage is a “vicious tradition” which should be changed. Bride kidnapping has been an ugly tradition throughout Georgia, but the habit seems to be have become less common in recent times. 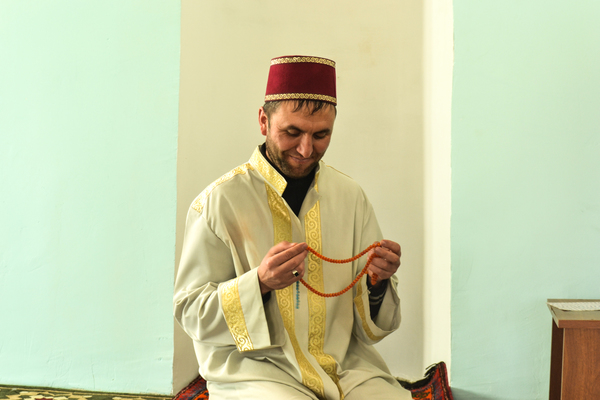 “My daughters, all of them married before seventeen. If I didn’t allow for someone to take my girls, they would kidnap them. If this law was in force at that time, my girls would survive. My younger wanted to continue the study, then work, but she was abducted and shorn of all her dreams and plans. Once you got into the boy’s hand, even if you protest it, nothing will change, you should reconcile with your destiny,” she said.

Therefore, in the 1990s, before the early 2000s, kidnapping of girls under 18 used to be a widespread practice, especially in the Muslim community in Georgia. It was justified by traditions and not considered a crime. Nowadays bride theft, or bridenapping, is a crime and those who do it go to jail. For this reason, bridenapping has almost vanished as a tradition in the community. 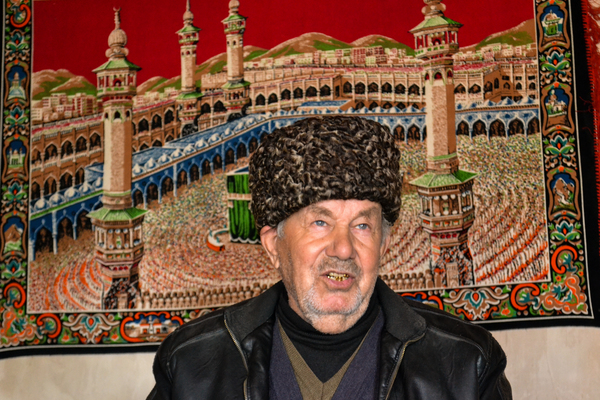 Near the mosque in the village, there is a small room where older men gather before the prayer time. In this room, they discuss many important things affecting the community.

“Your law is different from ours,” Shamshi Eminov, one of the elders of the village said. “Here, for us, this is a rule that a woman should get married before she is 24. Building a family and having children is always better when you are young and enthusiastic,” he said, and added that there is a shortage of girls in the village.

Cebrayil Mamedov, a religious leader in Iormughanlo, agrees with the elders and confirms that getting married in their community looks like a “race for a girl”. Mamedov mentioned that although the number of forced marriages is in decline, the practice of early marriage still not gone among the people in the region.

“Everything takes time. If in the past girls quit schools in sixth grade, now it increased to ninth. Unfortunately, the girls here quit classes from sixth grade. They know that the family should prepare them for marriage,” Mamedov said. 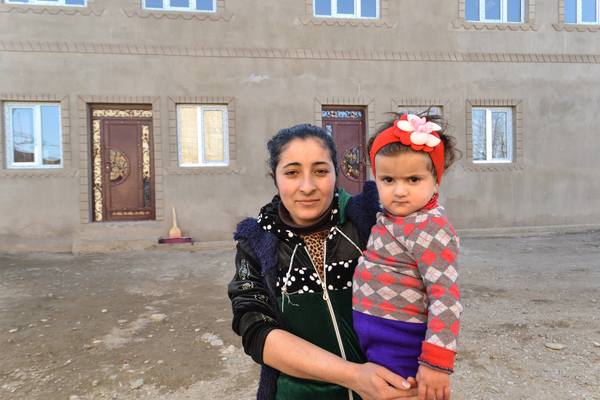 Lena Mamedov with the daugher of her brother-in-law. (DFWatch.)

Mamedov, who is a Mufti in the community, emphasized that in modern times, parents are deciding when and to whom their girls will get married, without asking them. The parents take into consideration factors such as the potential groom’s social status and his family’s income. The driving factor behind the practice, he explains, is the parents’ fear that their daughter will be from them later by someone they disapprove of. Thus, the motivation is to protect their daughter from being victim of bridenapping.

The Mufti also highlighted that despite some progress, parents are playing a significant role in the early marriage of their girls.

Other driving factors behind early marriage in this region are poverty and low social status, according to the United Nations Population Fund (UNFPA).

“Early marriage for daughters is a desirable solution for families in economic hardship. In addition, tensions and difficulties at home may mean that girls see early marriage as a way out of a precarious situation,” UNFPA Assistant Representative in Georgia Lela Bakradze said. 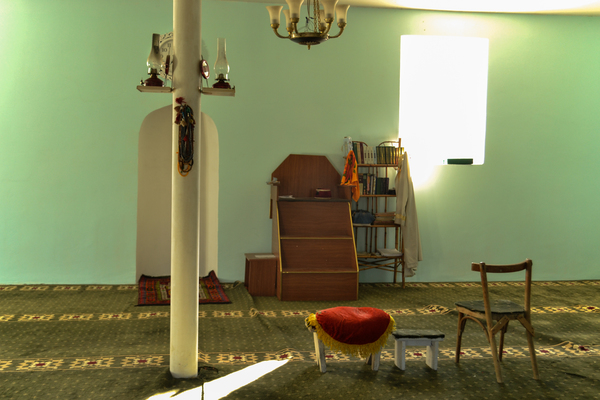 UNFPA’s office in Georgia has started information meetings in the region where early marriage is widespread, Bakradze said. In the beginning, organizers met with local religious leaders to raise awareness and inform them about the dangers underage marriage can pose to young girls.

“We believe that the religious leaders, who are the most respectful and influential people in Georgia’s Muslim communities, can get the word around, especially to parents, that early marriage is not only illegal, but harmful. This initiative aims to change the behavior, which is already deeply rooted in the society and requires a complex approach to change,” she said.

There are no reliable statistics on early marriage in Georgia, but according to the Public Defender’s annual report, there was registered 611 juvenile marriages in 2015, and 665 in 2014. In 95% of the marriages, it was the girl who was the underage.